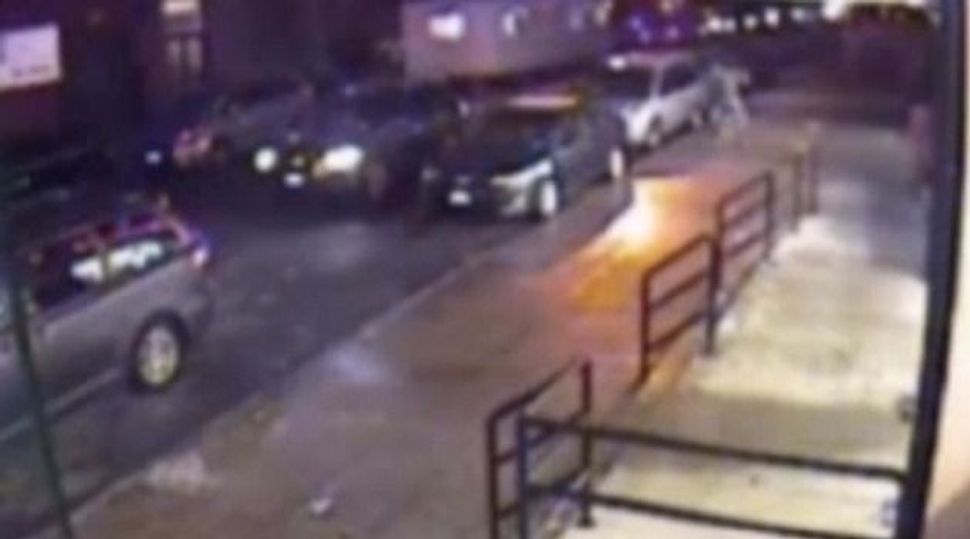 A new surveillance video offers the first look at a possible suspect in the murder of Brooklyn real estate developer Menachem Stark.

The just-released footage shows a man parking a white Dodge Caravan with Ohio license plates down the block from Stark’s real estate office in the Williamsburg section just before 5 pm on Jan. 2, a few hours before he was kidnapped.

After parking, the suspect is shown leaving the vehicle and walking to the corner of Broadway and Rutledge, steps from Stark’s front door, before turning a corner and disappearing from the camera’s view.

“This disclosure gives us a clear picture, measures the height and weight and complexion,” said Isaac Abraham, a Williamsburg activist, told the New York Post.

“I am very happy that this is something that can help us solve this,” Rabbi David Niederman, head of the United Jewish Organizations of Williamsburg. “But it is just the beginning.”

The breakthrough came as the reward for information in the murder was raised to $72,000, with his family contributing $50,000.

“There are 7 orphans in Brooklyn, and a loving grieving wife,” Niederman said. ” And we hope and pray there will be justice.”

New York Police Commissioner William Bratton announced that the NYPD is offering $20,000 towards the reward and the NYPD Crime Stoppers program putting up an additional $2,000.

Police are pleading with anyone who knows anything about the crime or may have seen the light-colored van that kidnappers used to abduct Stark should contact them.

Stark, a prominent member of the Satmar Hasidic community, was snatched outside his real estate office in Williamsburg on Thursday, Jan. 2 around 11:30 p.m. His body was found in a dumpster in Great Neck, Long Island, the next day.