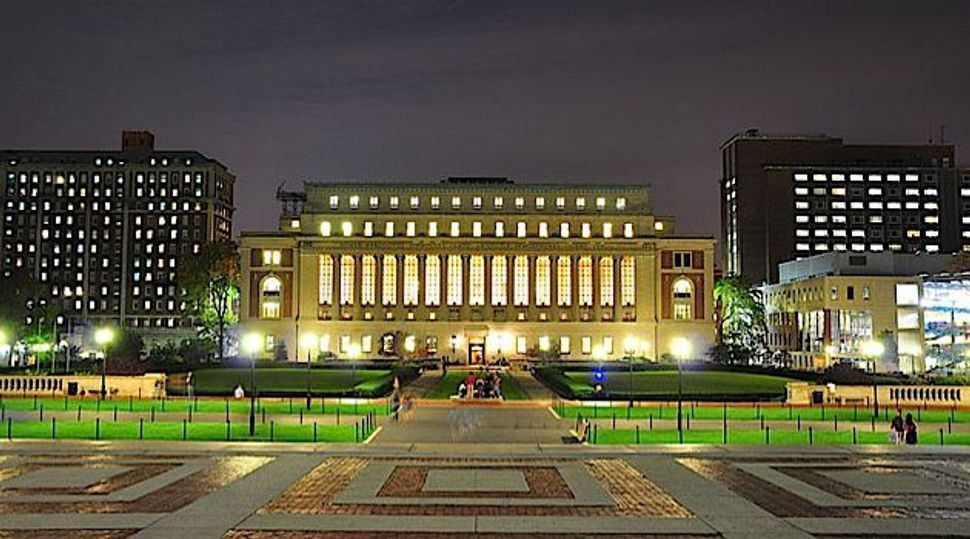 A bill introduced in the New York State Assembly would suspend funding to educational institutions which fund groups that boycott Israel.

The legislation, introduced earlier this month by Assembly Speaker Sheldon Silver and first reported by Mondoweiss, an anti-Zionist news site, would ban state funding to colleges which fund groups that boycott “in countries that host higher education institutions chartered by the Board of Regents of the University of the State of New York.”

A number of New York-based universities have Israel branches, and Silver made clear in a statement that the target was groups that boycott Israel.

The Democratic lawmaker said he initiated the measure “in response to the American Studies Association’s boycott of Israel and its academic institutions.”

“Colleges should not use funds to support boycotts, resolutions or any similar actions that are discriminatory and limit academic opportunities,” he said in the statement.

The ASA was one of three U.S. academic groupings to boycott Israeli academic institutions last year.

The bill, which currently has 48 sponsors out of 150 members, would cut funding to institutions that pay dues to groups such as the ASA or which subsidize travel to its conferences.