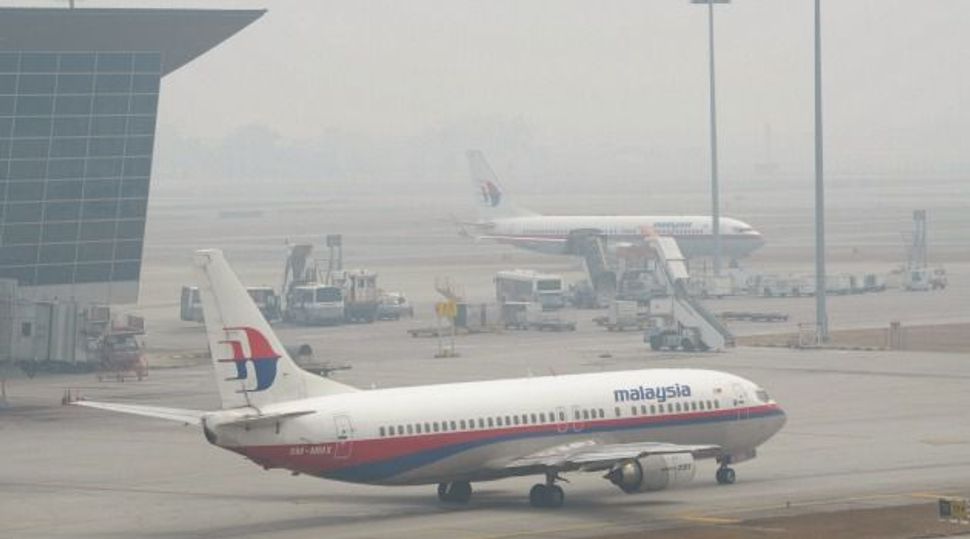 One of the passengers aboard the Malaysian Airlines plane that vanished is a Jewish Russian national.

Nikolai Brodskii, 43, of the Siberian city of Irkutsk, appears on the missing plane’s passenger manifest. He is a husband and father of sons aged 17 and 11.

Rabbi Aharon Wagner, a Chabad rabbi for the region, contacted Brodskii’s family after learning that he was on the plane, the Times of Israel reported.

Brodskii, a scuba diving instructor, had traveled to Bali, Indonesia, for a diving vacation. He was returning to Russia on Malaysia Airlines Flight MH370, the Times of Israel reported, citing Vitaly Markov, first secretary of the Russian embassy in Malaysia.

The flight, with 239 passengers on board, disappeared Saturday while flying over the sea between Malaysia and Vietnam. No distress signal was issued, and it is believed the plane had changed course and turned back toward Kuala Lumpur, from where it had taken off.

It was later discovered that two passengers boarded the plane using stolen passports.

The Financial Times reported Monday that the tickets for those two passengers were bought by an Iranian middleman.