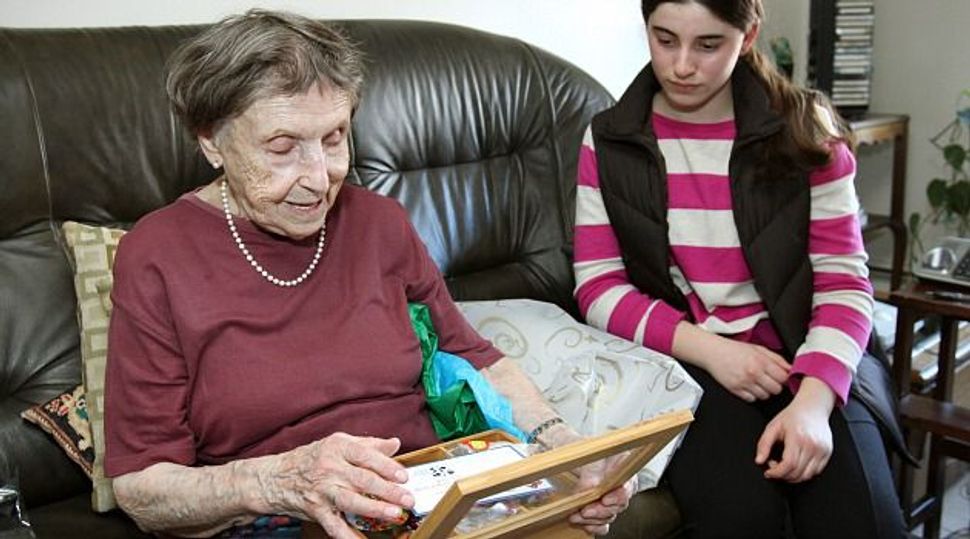 The New York middle schooler joined the Blue Card, a national non-profit aimed at ameliorating the plight of Holocaust survivors, in bringing the Mishloach Manot to seniors in Manhattan.

Dalton helped in honor of her grandfather, a Nazi victim who was from Austria, and as part of her Bat Mitzvah ceremonies.

The baskets, which contain dried fruits, chocolate-covered raisins and hamantashen, are a symbol of the support that the fast-dwindling population of Holocaust survivors depends on. Approximately 75% of survivors live alone, and more than 80% are too feeble or unwell to their maintain daily routines.

The Blue Card organized a group of charity-minded young volunteers to deliver the packages to survivors living in Manhattan, Brooklyn, Queens and New Jersey. The Mishloach Manot were specially created for The Blue Card by Temple Emanu-El in Manhattan.