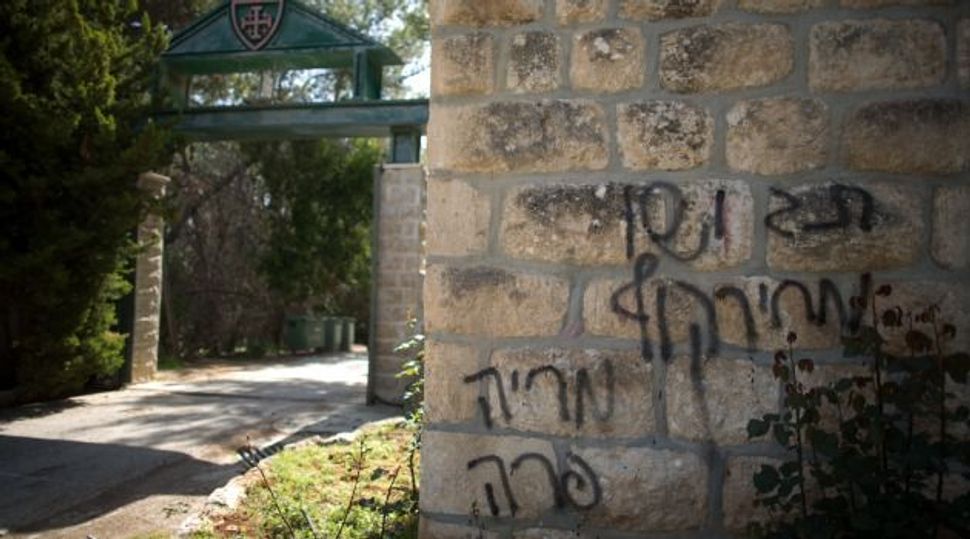 A Catholic monastery near Beit Shemesh was vandalized with anti-American and anti-Christian epithets.

“America is Nazi Germany” and “Price Tag — Peace Agreement,” as well as “Jesus is a monkey” and “Mary is a cow,” were spray painted on the walls of the monastery. The tires of four vehicles also were slashed.

The monastery is located in Deir a-Rafat village located close to Kibbutz Tzora near Beit Shemesh.

The vandalism was discovered by monks on Tuesday morning; Jerusalem police are investigating.

Price tag refers to the strategy adopted by extremist settlers and their supporters generally to exact retribution for settlement freezes and demolitions or Palestinian attacks on Jews.

Other monasteries in the area have been victims of suspected price tag attacks in the past.