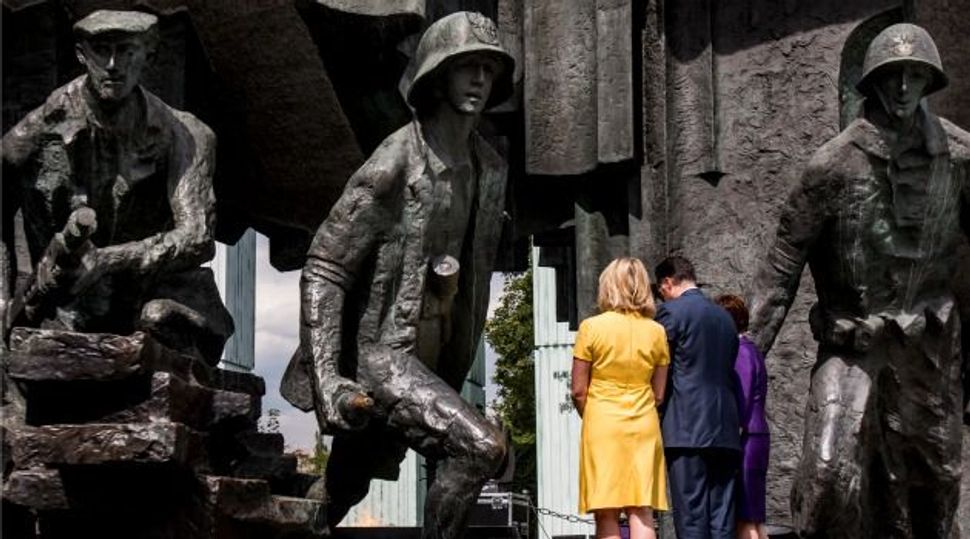 Warsaw residents, including representatives of the Jewish community, marked the 71st anniversary of the Warsaw Ghetto uprising.

Saturday’s ceremony featured prayers and the laying of wreaths at the Monument to the Ghetto Heroes in the Polish capital. The approximately 200 participants then marched to the Umschlagplatz square, the site where Jews in the early 1940s were rounded up by German troops for deportation to the Treblinka death camp.