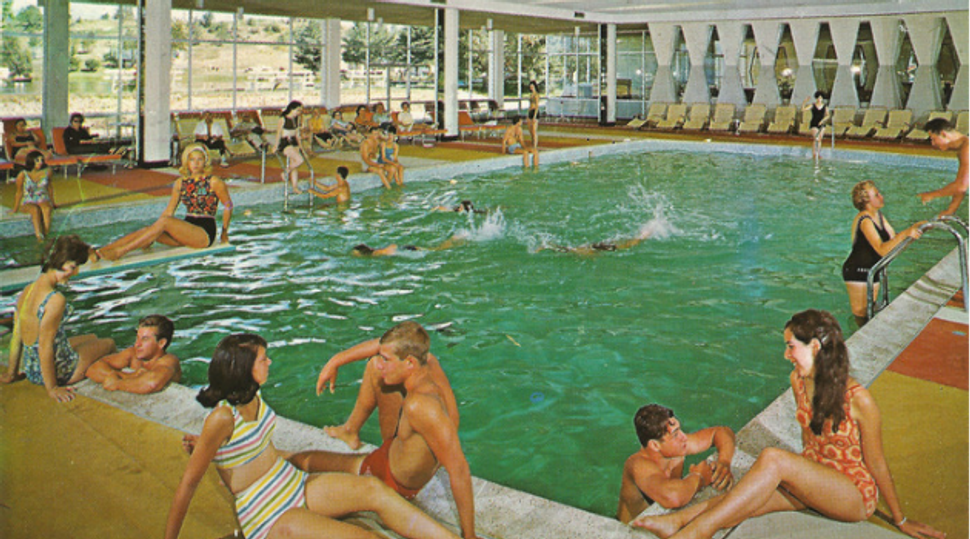 Kutsher’s, the fabled Catskills resort hotel, is set to be demolished later this month.

The 1,300-acre property near Monticello, N.Y., was sold last year for $8.18 million to Veria Lifestyle Inc., which plans to turn it into a health and wellness resort. Pre-demolition work already has begun with the clearing of trees and brush, and the buildings will be demolished in the next week or two, according to the Times Herald-Record.

Built in 1907 by brothers Max and Louis Kutsher, and taken over by the latter’s son, Milton, in 1946, Kutsher’s was the last of the Borscht Belt hotels in the Catskills. For decades it served up kosher food and (mostly kosher) entertainment to generations of Jewish New Yorkers. Legendary Celtics coach Red Auerbach summered there, and NBA star Wilt Chamberlain worked as a bellhop. Chamberlain also was among the numerous basketball stars who played in the charity tournament held annually for former NBA player Maurice Stokes.

Veria, which is owned by the Indian media mogul Subhash Chandra, plans to build a spa and a 2oo-room hotel made of natural materials, according to the Herald-Record.

The other famed Jewish resort hotels in the Catskills have been sold off, demolished or, as in the case of Grossinger’s, abandoned and taken over by nature. Some of the smaller properties also have been repurposed by haredi Orthodox groups that use them as schools, camps or summer colonies.