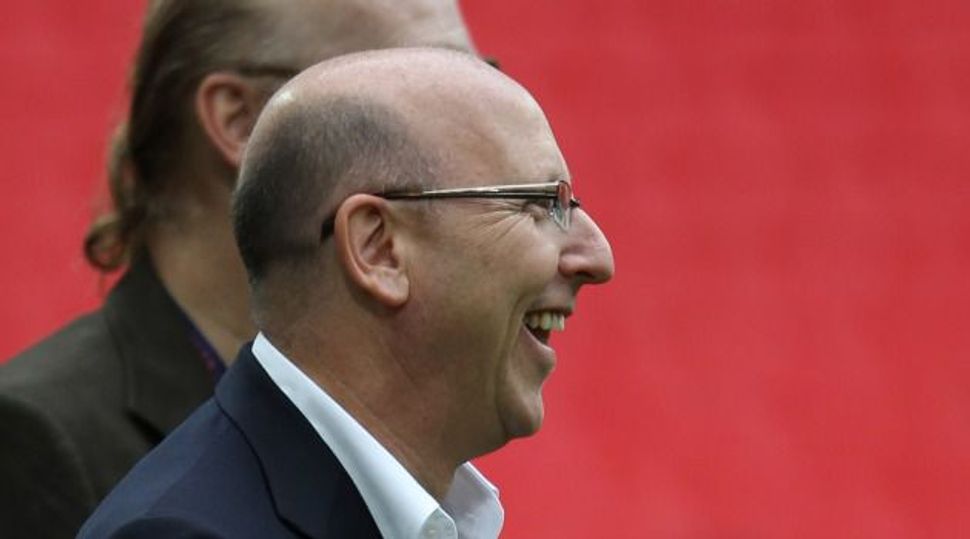 Malcolm Glazer, a reclusive self-made billionaire and patriarch of the family that owns the NFL’s Tampa Bay Buccaneers and the Manchester United soccer club, died on Wednesday, the teams said. He was 85.

Glazer, who as a teenager sold watch parts from a suitcase before building a wide-ranging business empire, bought the Buccaneers in 1995 for a then-NFL record of $192 million. He later persevered with the controversial purchase by an American of one of England’s most-storied soccer teams in 2005.

However, Glazer was largely sidelined in recent years from both the teams’ business dealings by a series of strokes.

After his purchase of the Buccaneers, he led what had traditionally been one of the weakest teams in the National Football League to its first Super Bowl championship in 2003.

“A dynamic business leader, Glazer helped mold the Buccaneers into a model franchise and one respected league-wide,” the Buccaneers said in a statement on their website.

His supporters credited him with spending big to hire players and a coaching staff to turn around the team in one of the NFL’s smallest markets.

While the team has struggled on the field recently, Glazer’s investment has proven profitable and the business magazine Forbes estimates it is now worth more than $1 billion.

His death appears unlikely to lead to any ownership change, according to a statement by the Buccaneers. The family’s “long established estate succession plan” means the Tampa Bay Buccaneers “will remain with the Glazer family for generations to come,” the team said.

He raised his profile in 2005 with an aggressive debt-driven $1.47-billion takeover of Manchester United that was widely opposed by many of the club’s fans.

Even though some fans led protests against the takeover, Glazer went on to preside over one of the most successful eras in the club’s storied history.

“The thoughts of everyone at Manchester United are with the family tonight,” the team said in a statement.

Under Glazer’s ownership, the team won five Premier League titles in England as well as the 2008 UEFA Champions League championship.

Manchester United is widely considered one of the world’s most valuable sports teams, though it recently ended the season in 7th place in the Premier League, the club’s lowest placing in two decades.

Glazer no longer had any day-to-day connection to the club and the ownership is in the hands of Glazer’s children, led by the club’s co-chairs Avram and Joel Glazer.

The family retains a 90 percent stake in the club that is split evenly among Glazer’s six children. The remaining 10 percent is listed on the New York Stock Exchange.

Glazer, the fifth of seven children born to Jewish Lithuanian immigrants, turned to sports after a successful business career.

As a young man, Glazer used the profits from a family watch-repair franchise he inherited to make investments in a range of real estate ventures, including mobile homes and nursing homes, many of them in Florida during the 1970s.

He founded a real estate firm, First Allied, a holding company for the family’s business which range from dozens of malls and shopping centers in the United States.

During the 1980s, Glazer launched a series of failed bids, including a $7.6 billion attempt to buy the bankrupt freight rail company, Conrail. He also made an unsuccessful bid for the motorcycle company, Harley-Davidson Inc.

A decade later, the Glazer family gained a controlling stake in the oil company Zapata, which was founded by former President George H.W. Bush, and later sold it.

Forbes estimates the net worth of Glazer and his family at $4 billion.

A resident of Palm Beach, Florida, Glazer is survived by his wife, Linda, his children and 14 grandchildren.