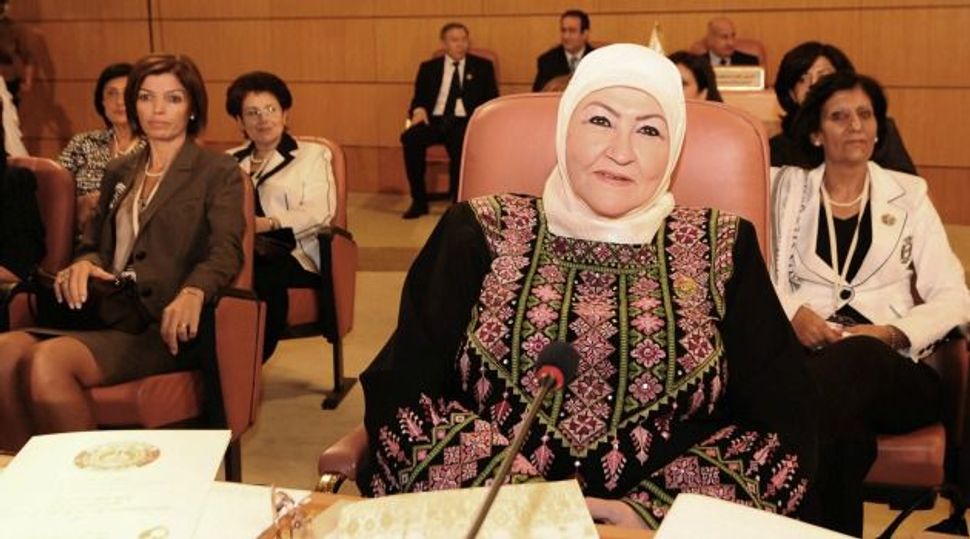 VIP Patient: Amina Abbas at the opening ceremony for the Third Arab Women’s Organization Conference in 2010 in Tunis. Image by Getty Images

The wife of Palestinian Authority President Mahmoud Abbas was released from a private hospital in Tel Aviv after having surgery there.

Amina Abbas was sent home Sunday from the Assuta Medical Center following the procedure on her leg two days earlier.

The surgery was performed amid a search for three Jewish teens purportedly kidnapped by Hamas, the Gaza-based terrorist group that recently entered into a unity government with the Palestinian Authority led by her husband.

Patients and visitors to the hospital were not aware of Amina Abbas’ presence, and were given misleading information if they inquired about the VIP patient, Israeli media reported.

“Out of concern for the privacy of its patients, Assuta does not disclose the identities of inpatients or those coming in for treatment, thus we cannot confirm or deny any information regarding the patient,” the hospital said in a statement, Haaretz reported.