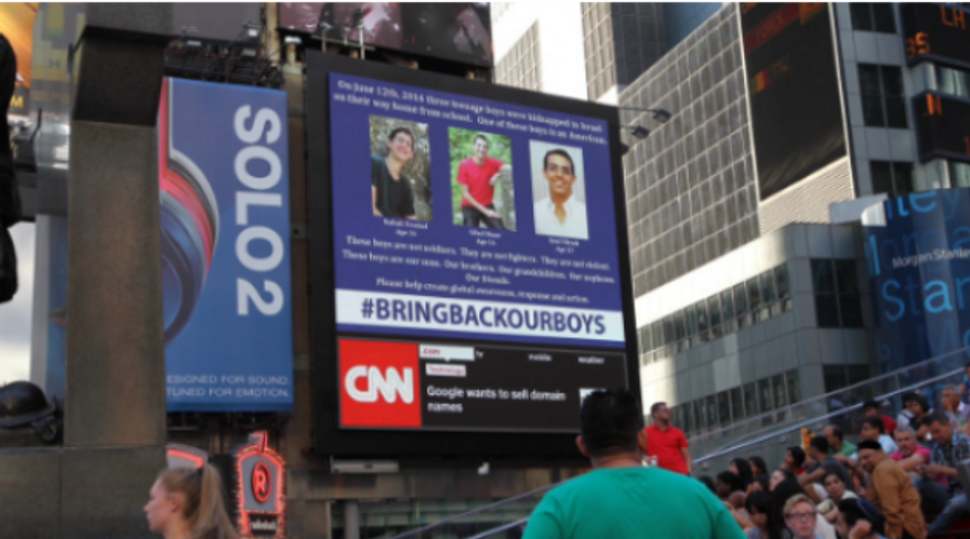 “On June 12th, 2014, three teenage boys were kidnapped in Israel, one of them an American citizen,” reads the 40-foot-by-40-foot ad purchased by the Young Israel of the West Side, an Orthodox synagogue in Manhattan. “These boys are not soldiers. They are not fighters. They are not violent. These boys are our sons. Our brothers. Our grandchildren. Our nephews. Our friends. Please help create global awareness.”

The ad airs for 15 seconds twice every hour, which usually costs $15,000, the New York Post reported. The synagogue was mum on the cost of its ad, which appeared for the first time on Tuesday.

The ad displays photos of the abducted teens — Naftali Frenkel, Gilad Shaar and Eyal Yifrach — and the hashtag #bringbackourboys.

Israel said it has proof that the three teens were abducted by Hamas from a junction in Gush Etzion, located south of Jerusalem.