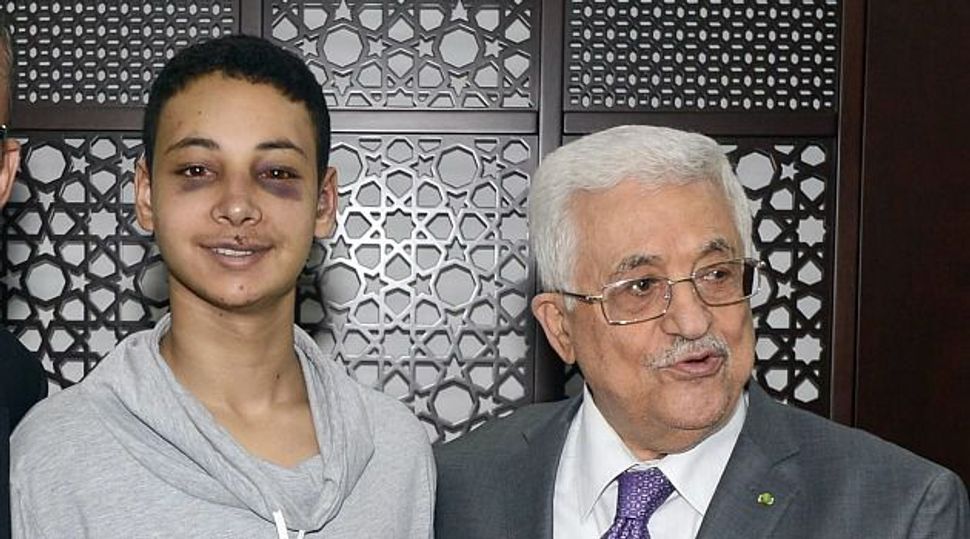 The family of Muhammad Abu Khdeir, the teen killed in an alleged revenge attack, has rejected the condolence visits of several Israeli officials, while welcoming others.

Other visits reportedly have been cancelled by police and the Shin Bet security service due to security concerns.

The Palestinian Maan news agency reported that the family refused to allow a visit from Israeli President Shimon Peres, turning away his security detail when they came to prepare for the visit.

The Israel Police and the Shin Bet security service advised him to postpone the visit.

“Whoever visits us must enter with dignity,” said Sheikh Mahmoud Abu Khdeir, one of the heads of the teen’s family, told Haaretz. “And now it is not possible to come with dignity.”

The family also rejected the condolence statement made by Israeli Prime Minister Benjamin Netanyahu, according to an unnamed family member who told Maan that that “we refuse to accept the condolences of someone who agrees on the murder of our people in Jerusalem, the West Bank and Gaza.”

Some Israeli government officials have come to the family’s home in Shuafat in eastern Jerusalem to offer their condolences, including Shelly Yachimovich, Amir Peretz and Avraham Burg of the Labor party.

The anti-racism organization Tag Meir was scheduled on Tuesday to bring by chartered buses over 600 Israelis to visit the family’s mourning tent, in a visit that the organization said is coordinated with the family.

A visit by a delegation of rabbis led by Ashkenazi Chief Rabbi David Lau was cancelled though it is unclear if it was because the family refused to receive the delegation or out of security concerns.

The rabbis condemned the murder of the Palestinian teen in statements on Monday.

“We as religious leaders need to lead with a conciliatory message to prevent continued pain and bereavement so that no one else is harmed,” Yosef said.

Meanwhile, Palestinian Authority President Mahmoud Abbas on Monday met with Tariq Abu Khdeir, the cousin of the dead teen who was beaten by Israeli security forces during a riot on the day of the murdered teen’s funeral. The family of the teen says he is the masked youth being beaten unconscious by Israeli soldiers in a video that is circulating on the internet. The teen said he was not participating in the riot.