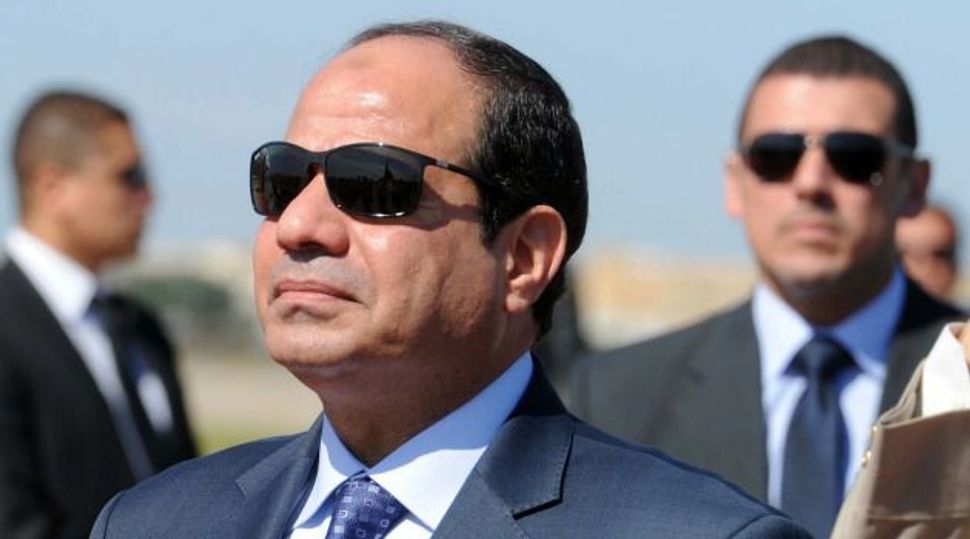 Egypt’s attempts to pressure Hamas into accepting a truce plan offering few concessions for the group to end the latest fighting with Israel show Cairo’s determination to finish the job it began at home – crushing Islamists it sees as a threat.

Egypt has always regarded itself as the most effective mediator in the Israeli-Palestinian conflict.

This time Cairo was slow to react to warfare in Gaza and when it did its ceasefire proposal appeared designed to isolate Hamas – an offshoot of Egypt’s outlawed Muslim Brotherhood – rather than secure an immediate end to the bloodshed.

Hamas leaders complained that they were frozen out of talks and not consulted on the Egyptian initiative, and that it did not address their demands, such as an end to an economically crippling blockade of Gaza by Israel and Egypt.

Egypt’s army toppled President Mohamed Mursi of the Muslim Brotherhood – a close Hamas ally – a year ago and then mounted one of the fiercest crackdowns on Islamists seen in decades.

Security forces killed hundreds in the streets and jailed thousands of others. Egypt has declared the Brotherhood and Hamas terrorist groups, and its regional foreign policy has since focused mostly on national security.

“With a history of mistrust and suspicion, how could anyone imagine that we would open our doors to Hamas and treat them like legitimate rulers while all that we have seen from them was terrorism?” said a senior Egyptian official.

“But Egypt could not stand still and watch the killings in Gaza, so we needed to propose an initiative, a political move to show we exist and we care about ending the bloodshed.”

As Israel bombarded Gaza and Hamas launched rockets against Israel, Egypt put forward a ceasefire initiative similar to one that doused a major flare-up in 2012 while Mursi was in power.

But Egyptian diplomatic maneuvering left Hamas, which rejected the terms of the proposal, feeling like an outsider, while Israel accepted it.

Egypt did not speak directly to Hamas’ Gaza-based leaders on the initiative, according to Egyptian security and Arab League sources Egypt’s foreign ministry spokesman said Cairo contacted all Palestinian factions.

Egypt did agree to speak with Moussa Abu Marzouk, a Cairo-based member of Hamas’ political leadership, but he is not part of the Islamist movement’s inner circle.

Cairo’s dealings with Hamas were in sharp contrast to 2012, when Mursi treated Hamas officials like heads of state.

“(Hamas leaders) wanted Egyptians to cross the border or invite them into Egypt to hold talks, but I am afraid that is not going to happen,” an Egyptian Arab League diplomat said.

Now Egypt seems intent on squarely laying the blame for the rising Palestinian death toll in tiny, densely populated Gaza on Hamas, even though Cairo has said its aim is to stop Israeli aggression.

“If they don’t want to agree to our truce proposal, so be my guests and see the condemnations they will get from the Arab world and all the world for standing still while their people are killed by the dozen daily,” said an Egyptian security source.

Egypt condemned Israel’s ground offensive operation, but not before first accusing Hamas, Qatar and Turkey of conspiring to undermine Cairo’s efforts to bring about a ceasefire.

Egyptian President Abdel Fattah al-Sisi, meanwhile, met with his Palestinian counterpart Mahmoud Abbas for discussions on ways of ending the fighting which has killed 260 Palestinians, most of them civilians, since the conflict began on July 8.

The Western-backed Abbas had called for acceptance of the Egyptian proposal. Abbas struck a deal with Hamas in April that spawned the formation of a unity government, seven years after the Islamists seized control of Gaza from Abbas’s Fatah party.

As the fighting continues, Egypt will probably keep pressing all sides to accept its initiative so as to preserve its traditional role of being a Middle East broker.

Gaza political analyst Adnan Abu Amer accused Egypt of trying to freeze out Hamas from talks and then blaming it for the loss of Palestinian lives. “This is adding oil on fire, it is worsening tension between Hamas and Egypt,” he said.

Giving Hamas prominence in any negotiations could help end the fighting. But that is unlikely to happen given the group is not in a position of strength. It no longer has strong alliances with Syria and Iran after having refused in 2011 to back the Tehran-backed Syrian president against Islamist rebels.

Gaza’s economy is in a shambles and Hamas is suffering from a cash crunch, unable to pay its employees in Gaza for months.

All the same, Hamas’s rocket fusillade reaching deeper into Israel than ever before shows the military capabilities of its armed wing have expanded and it may rake in fresh donations as a result.

But Sisi, who as army chief overthrew Mursi, has made it clear that eliminating the Muslim Brotherhood and neutralizing its allies – like Hamas – is one of his top priorities.

Egyptian authorities accuse Hamas of supporting Islamist militants in its Sinai Peninsula who are seeking to topple the Cairo government, an allegation it denies.

Since it ousted Mursi, Egypt’s military has squeezed Gaza’s economy by destroying most of the 1,200 tunnels used to smuggle food, cars and weapons to the Mediterranean coastal territory.

“It is clear that the Egyptian authorities feel unease and uncomfortable when dealing with Hamas, which also does not trust the Egyptian government and which could make the fighting extend for longer,” Egyptian political science professor Mustafa al-Sayyed said.

“Given the bad relationship between Hamas and Egypt now, Hamas will also be reluctant to make Egypt score a political gain by accepting its ceasefire initiative that provides nothing for Hamas but deprives it of the status it had during Mursi’s time.”

Hamas wants Israel and Egypt to lift border blockages that have compounded the economic misery of Gaza’s 1.8 million people.

The current hostilities were largely triggered by the killing of three Israeli teens in the occupied West Bank last month and the death on July 2 of a Palestinian youth in a suspected revenge murder.

Egyptian security officials and diplomats told Reuters in January that Egypt had set up an intelligence-led, long term operation to crush Hamas that includes working with Hamas’s liberal rivals and opponents’ activities in Gaza.

Egypt now seems closer to Israel than it is to Hamas, which has been demonized by the Egyptian press. Azza Sami, a deputy editor of the state-run Al-Ahram newspaper, said in a tweet: “Thank you (Israeli Prime Minister Benjamin) Netanyahu, may God create others like you to destroy Hamas, the epitomy of corruption and betrayal and agents of the Brotherhood.”