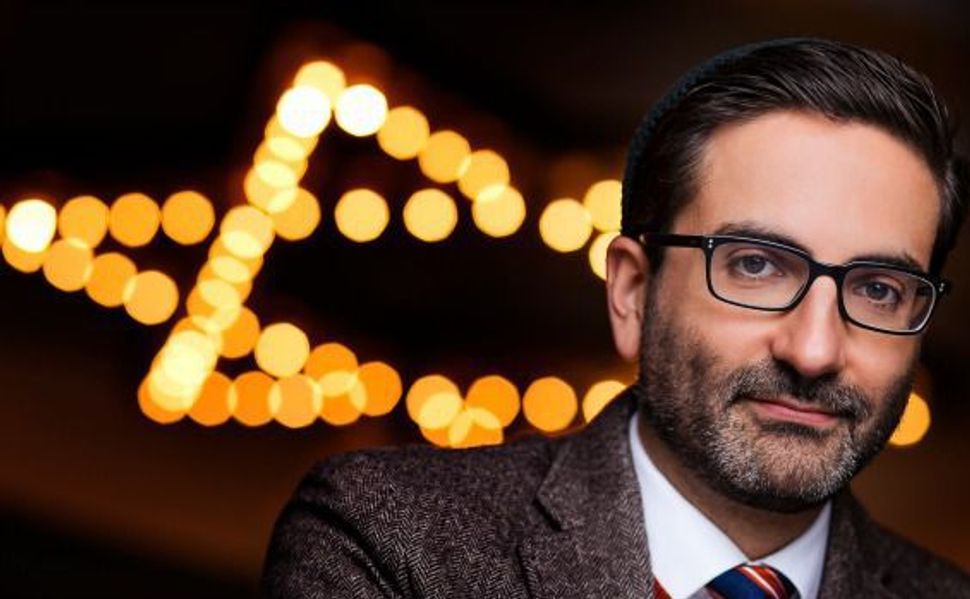 (JTA) — Rabbi Gil Steinlauf struggled for decades with an identity that he only acknowledged publicly this week.

On the Monday after Yom Kippur, Steinlauf, the married senior rabbi at Adas Israel — a large and historic Conservative synagogue in Washington, D.C. — announced that he is gay. In a letter sent to congregants, Steinlauf wrote:

With much pain and tears, together with my beloved wife, I have come to understand that I could walk my path with the greatest strength, with the greatest peace in my heart, with the greatest healing and wholeness, when I finally acknowledged that I am a gay man. Sadly, for us this means that Batya and I can no longer remain married, despite our fidelity throughout our marriage and our abiding friendship and love. As our divorce is not born of rancor, we pray that together with our children we will remain bound by a brit mishpachah, a covenant of family.

Even as a child, Steinlauf recognized a “difference” in himself, he wrote, but never let that difference define him or his choice of a spouse. Steinlauf has been married for 20 years to Rabbi Batya Steinlauf, Director of Social Justice and Interfaith Initiatives at the Jewish Community Relations Council. The Steinlaufs, seen in the video below at a July “Stand Strong With Israel” rally, have three children.

Together with the other officers of Adas Israel, I stand with Rabbi Steinlauf. Our synagogue is strong, large, and inclusive–a big tent with room and respect for all. Rabbi Steinlauf, along with the rest of the clergy, will continue to advance new paths to Torah, making Judaism and its tools for a beautiful life more accessible for more Jews. We will continue our diverse approaches to worship, from the traditional to the innovative. At the same time, we understand that Rabbi Steinlauf will be undergoing a challenging personal transition in the coming months, and we extend to him patience and a generous spirit.

Podgorsky said that Rabbi Steinlauf shared his news with the officers of Adas Israel earlier this fall. “We determined together that he would see the congregation through the High Holy Days in the customary way, and then make his news public,” Podgorsky’s letter stated.

Steinlauf has been the senior rabbi at Adas Israel since 2008, having served previously as a rabbi at Temple Israel in Ridgewood, N.J., and Congregation Tifereth Israel in Columbus, Ohio. He graduated from Princeton, studied at Pardes Institute in Jerusalem and was ordained in 1998 at the Jewish Theological Seminary.

Adas Israel counts among its congregants journalists Jeffrey Goldberg and Franklin Foer. In a post Monday on The Atlantic’s website, Goldberg put Steinlauf’s announcement in context:

Rabbi Steinlauf fell into an odd liminal moment in history. If he were a 25-year-old rabbi, there would be no drama here, no nothing, in fact, because he would simply be a rabbi who happens to be gay. The Conservative movement of Judaism has changed over the past decade or two in unimaginable ways. I have trouble picturing a synagogue that wouldn’t hire a gay rabbi. On the other hand, if he were 60 years old now, with the same identity, he most likely would have been able to glide toward retirement, his secret intact.

A 2006 decision from the Rabbinical Assembly’s Committee of Jewish Law and Standards paved the way for the ordination of gay rabbis and the recognition of same-sex unions in the Conservative movement.