Jack the Ripper Likely Not Jewish After All 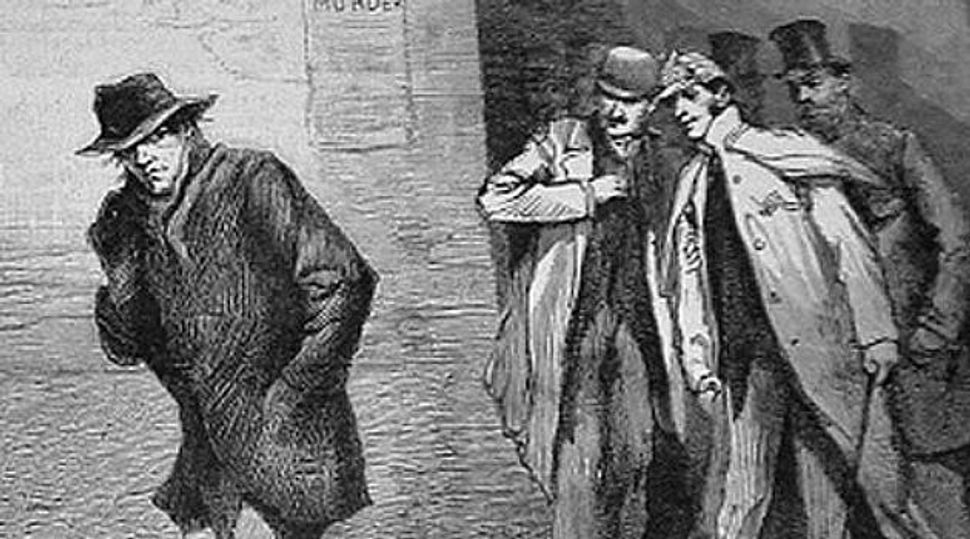 (JTA) — You can rest easy. Turns out Jack the Ripper might not have been Jewish after all.

“Naming Jack the Ripper,” a book published in September, identified the 19th-century London serial killer as Aaron Kosminski, a 23-year-old Jewish immigrant barber. Authored by Russell Edwards, an amateur Jack the Ripper sleuth, the book based its claim on a detailed DNA analysis performed by molecular biologist Jari Louhelainen.

But now other scientists are contending that the DNA analysis was based on a “fundamental error,” according to an article in The Independent, a British newspaper.

Louhelainen is accused of making an “error of nomenclature,” which could mean the DNA examined was not from one of Ripper’s victims, as claimed. Louhelainen’s DNA analysis has not been published in a peer-reviewed journal,and scientists criticizing the analysis include Mannis van Oven, professor of forensic molecular biology at Rotterdam’s Erasmus University, Walther Parson of the Institute of Legal Medicine in Innsbruck, and Hansi Weissensteiner, also at Innsbruck, The Independent reported.

So far, Edwards is standing by his conclusion, however.

Whether he is exonerated or not probably won’t make much difference to the potentially homicidal barber himself. Kosminski, who police identified Kosminski as a possible suspect more than a century ago, died in a lunatic asylum in 1919 at age 53.

Jack the Ripper Likely Not Jewish After All