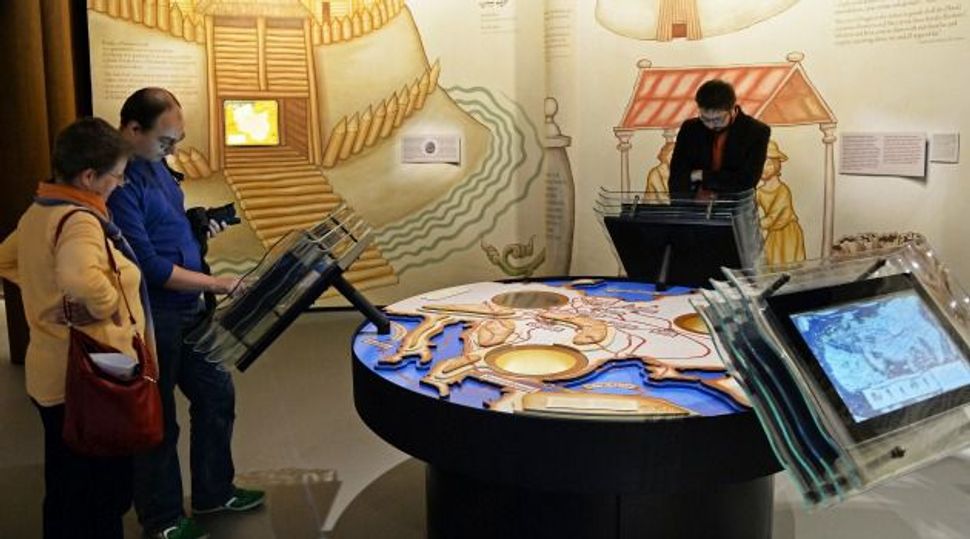 Poland’s culture minister said the multi-million-dollar generosity of Jewish donors to the new Polin Museum of the History of Polish Jews represented a sign of trust, or even forgiveness.

More than 500 private and institutional donors, many of them Jewish, contributed $48 million to the Museum’s core exhibition, whose grand opening was Tuesday.

“The donations can be understood if not as a sign of forgiveness, then as a sign of trust and, perhaps, in the future as forgiveness,” Poland’s Culture Minister Malgozata Omilanowska told the audience at a gala concert Monday night that was part of celebrations marking the opening.

Taube Philanthropies and the Koret Foundation, headed by Polish-born, San Francisco-based philanthropist Tad Taube, are the largest private donors to the museum, jointly committing and organizing more than $16 million.

Other leading Jewish donors include Victor Markowicz, co-chair of the North American Council of the museum, and his wife Monica; Holocaust survivor Sigmund Rolat, and Irene Kronhill Pletka.

Monday night’s concert in Warsaw’s Great Theatre opera house was part of several days of events celebrating the grand opening. Celebrities in attendance included Poland’s president, prime minister and other senior political figures; the Polish-born actor and director Roman Polanski, a child survivor of the Holocaust whose mother was killed at Auschwitz; and government delegations including a U.S. delegation headed by New York Rep. Carolyn B. Maloney.