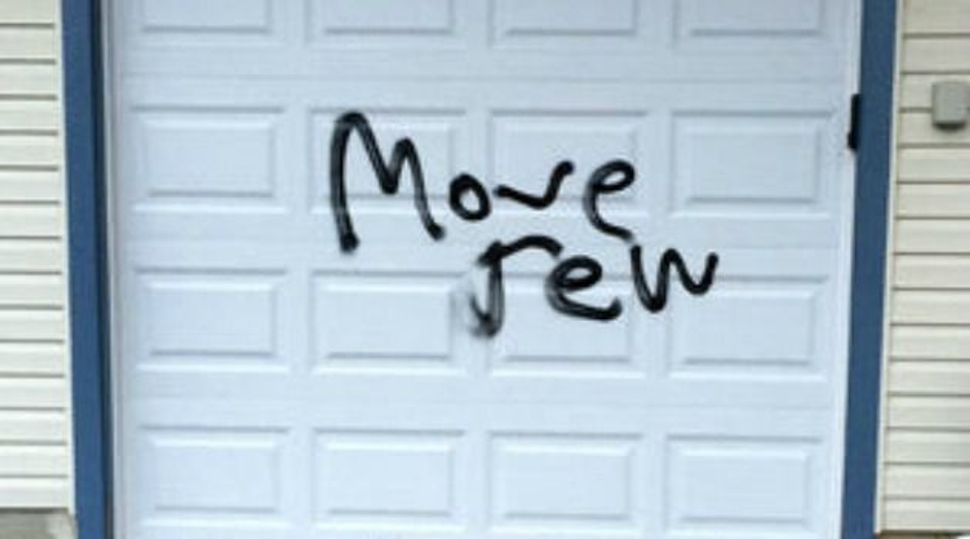 The rally in Yardley, Pa., in bucolic Bucks Country, was held several days after the words “Move Jew” were spray-painted on the township home’s garage door, according to Philly.com. Local police are investigating.

“It was shocking,” Samantha Raker, who lives at the home with her father, Michael, said at the rally, which featured several speakers.

Raker said she and her father had not felt discriminated against in the neighborhood, where they have lived for about four years.

State Rep. Steve Santarsiero, who organized the rally, said its purpose was “to say in a loud voice that there is no place for hate in this community.”

“Things like this cannot be tolerated,” Rabbi Josh Gruenberg of Congregation Beth El told the Bucks Local News web site. “Incidents like this come from a lack of education.”