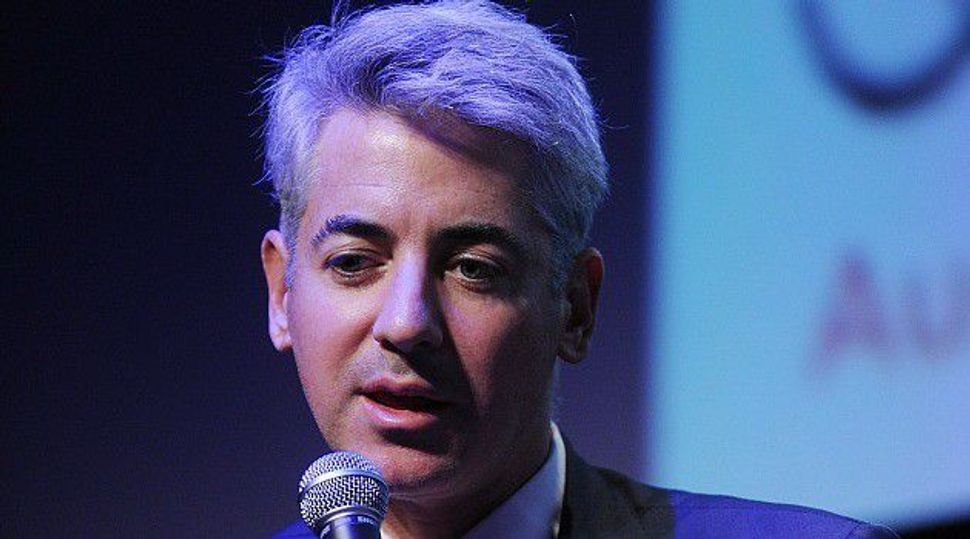 (Reuters) — William Ackman is putting his money where his mouth is.

Roughly two years after promising to donate his personal winnings from his controversial $1 billion bet against nutritional and weight-loss company Herbalife Ltd., the hedge fund titan is making good on the pledge with a $10 million donation to a scholarship charity, his foundation said.

Ackman’s Pershing Square Foundation on Friday announced that TheDream.US, which helps immigrant youths pay for college, will receive the money over three years.

The billionaire investor’s hedge fund ended 2014 posting a 40 percent investment gain and ranking as one of the industry’s best performers thanks largely to huge gains on his bet on Botox-maker Allergan Inc.

His 2012 bet on the demise of Herbalife has been more rocky, but is also finally on the cusp of making some money after the company shares suffered recent heavy losses.

Herbalife stock closed 2015’s first week of trading down 12 percent at $33.32, after a 51 percent decline in 2014. The price is now a smidgen below the $33.74 level it hit on December 20, 2012 after Ackman first accused the company of running a pyramid scheme and predicted it would fold under regulatory scrutiny.

Herbalife, which is being investigated by U.S. regulators and the FBI, has repeatedly denied Ackman’s allegations and some Ackman rivals like Carl Icahn are sticking with their big bets on the stock.

Ackman has spent at least $50 million in his campaign against Herbalife, and has vowed to pursue it “to the end of the earth.” He is scheduled to speak in Chicago on Monday about how predatory practices and pyramid schemes impact Latinos, who he says have been targeted by Herbalife.