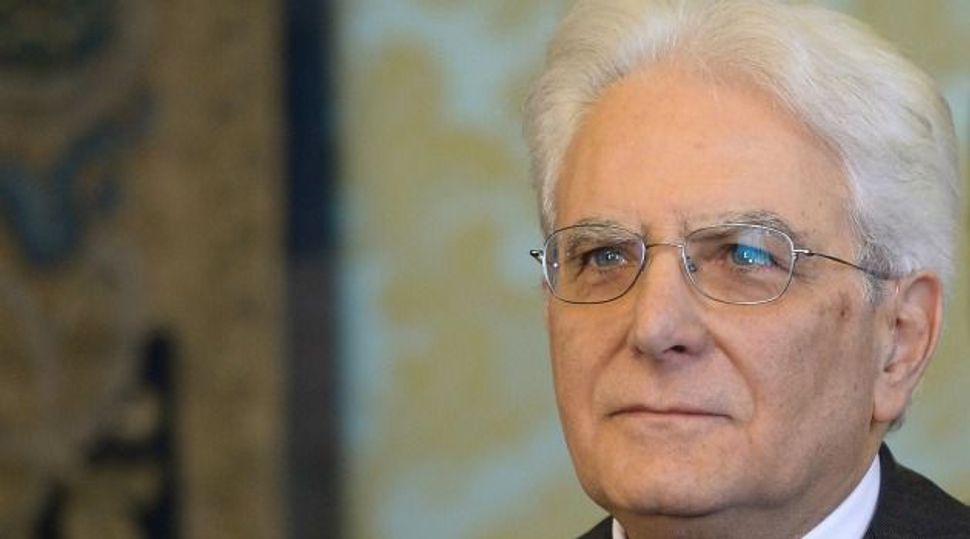 Sergio Mattarella, the new president of Italy, at a visit to the site of a Nazi massacre called for international unity in the fight against terrorism.

On Sunday, a day after he was elected by the Italian Parliament, Mattarella made his remarks at the Ardeatine Caves, where German occupation troops killed 335 people in March 1944. Among the 335 victims were Jews, political prisoners, partisans, and civilians.

The visit to the caves in a rural suburb of Rome was his first act as president.

“The alliance between nations and peoples was able to beat the Nazi, racist, anti-Semite, totalitarian hate of which this place is a painful symbol,” Mattarella said inside the memorial. “The same unity in Europe and around the world will be able to beat those who want to bring us in a new season of terror.”

Renzo Gattegna, president of the Union of Italian Jewish Communities, said, “The very high symbolic significance of his first institutional act, the words in defense of the fundamental values and against all forms of hatred, racism and anti-Semitism pronounced at Fosse Ardeatine represents a clear signal to the whole country.”

The mass killing of Romans was a reprisal for a partisan attack that killed 33 German soldiers in central Rome.