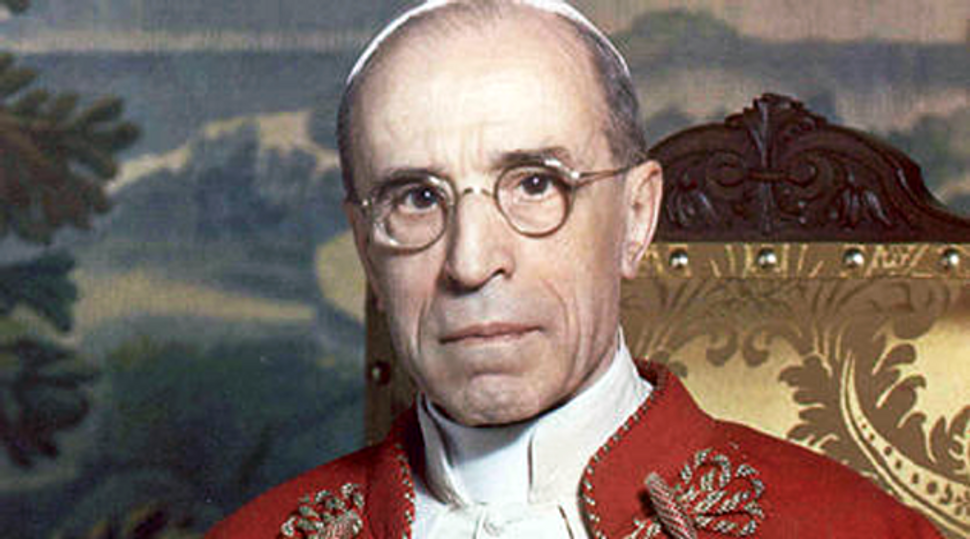 ROME (JTA) — A new movie depicting Pope Pius XII as a savior of Jews was slammed by an Italian Jewish publication as “fiction.”

“Shades of Truth,” featuring international stars Christopher Lambert and Giancarlo Giannini, had its premiere on Monday in Vatican City.

The movie attempts to prove that Pius XII was not “Hitler’s Pope,” as some have dubbed him, but “the Vatican’s Schindler,” in reference to the German businessman Oskar Schindler, who is credited with saving some 1,200 Jews during the Holocaust.

Critics have long accused Pius of not having done enough to help Jews during the Holocaust, while the Vatican has asserted he worked behind the scenes to save Jews.

According to the film’s director, Liana Marabini, the skillful diplomacy of Pius XII saved some 800,000 Jews from persecution.

But an editorial in the Jewish online publication Pagine Ebraiche featuring the headline “Pius XII, a fiction that rewrites history” was quoted Monday in the national press.

“The Vatican archives are still closed but at least Catholic cinema gives us one more fiction to rewrite history,” the editorial read.

Pope Francis will see “Shades of Truth”‘ in September during the World Meeting of Families in Philadelphia. In an interview in June, Francis defended Pius XII’s record during World War II, calling the former pope “the great defender of the Jews.”