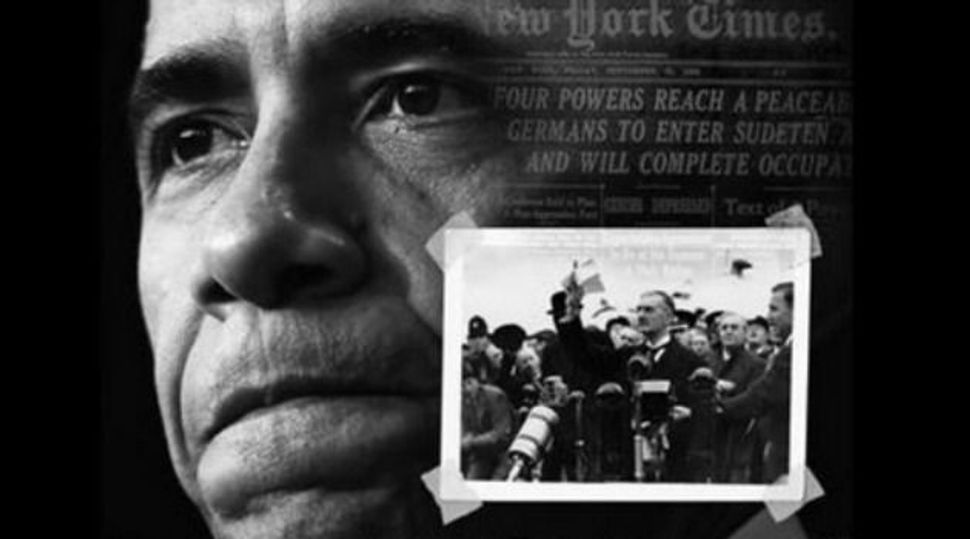 The ad, published Saturday by Boteach’s World Values Network foundation, comes as the United States and other world powers work to achieve an interim deal on curbing Iran’s nuclear program before a March 31 deadline.

Last month, Boteach apologized for an ad in The New York Times accusing National Security Adviser Susan Rice of turning a blind eye to genocide, calling it a “personal attack” rather than a policy disagreement. Most major Jewish organizations condemned the ad.

In the new ad, the words “Mr. President: Fighting al-Qaeda made you like Churchill. Appeasing Iran will make you like Chamberlain,” appear with a photo of a determined-looking Obama. Superimposed over part of the Obama portrait is a reproduction of a Times newspaper article from Sept. 30, 1938, detailing the signing of the Munich Agreement, which allowed the Nazis to annex portions of Czechoslovakia, which became known as the Sudetenland.

The ad calls on Obama not to sign a deal with Iran until its supreme leader, Ali Hosseini Khamenei, renounces “all genocidal threats against Israel” and Iran ceases its support of terror around the world. Also, the ad says, Obama must not sign a deal that contains a one-year weapons breakout period for Iran.