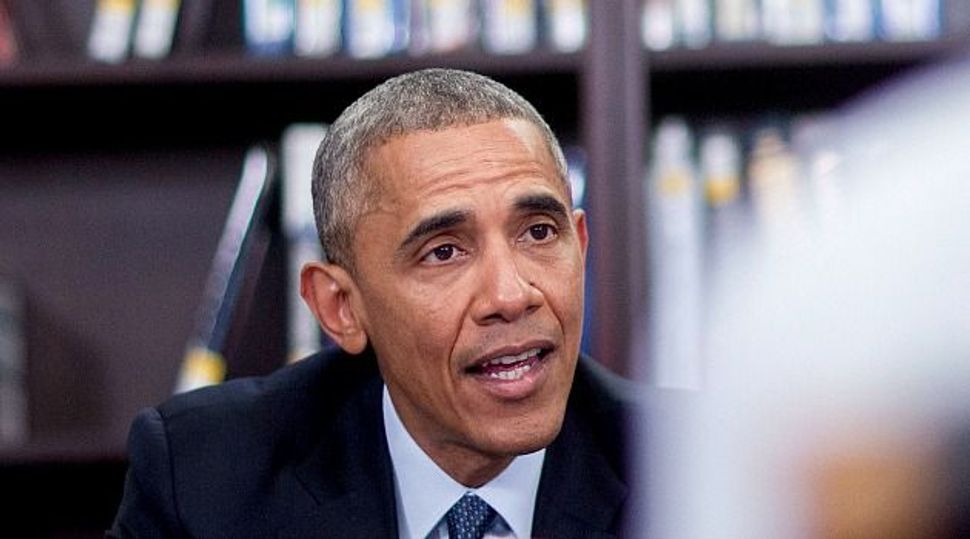 Americans back President Obama’s nuclear deal with Iran although many remain undecided on the landmark agreement, a Reuters/Ipsos poll showed on Wednesday.

The survey showed 36% of Americans favor the deal and 18% oppose it, while 46% remain undecided.

“The 2-1 margin is quite significant, even though at this early stage many people have not formed a strong opinion,” said Chris Jackson, IPSOS research director.

The poll showed a sharp partisan divide on the issue, but revealed surprising divisions among Republicans.

Thirty-one percent of U.S. Republicans favor a new nuclear deal with Iran, creating a challenge for their party’s lawmakers who largely oppose the framework accord sealed between Tehran and world powers.

Another 30 percent of Republicans oppose the pact, while 40 percent are not sure, according to the poll, which revealed a sharp split in the party as its leaders ramp up opposition to the deal championed by President Barack Obama, a Democrat.

Jackson said more Republicans may line up to oppose the deal if it becomes a more obviously partisan issue. But he cautioned that a significant number of Republicans may oppose American intervention in the Middle East for ideological or other reasons.

The White House has launched a broad effort to convince U.S. lawmakers and other critics to embrace the framework agreement reached last week between Iran, the United States, Britain, France, Germany, Russia and China.

Many details remain to be worked out for a final deal to be completed by the end of June. Public support will be critical to the White House effort to sway skeptical members of the Republican-controlled Congress, many of whom see the deal as a dangerous concession to a country that sponsors terrorism.

The nuclear deal foresees lifting U.S. and international economic sanctions on Iran in exchange for compliance with restrictions on its nuclear program.

Jackson cautioned against assuming that a strong plurality of support for the deal would translate into backing for Obama in Congress. He noted that the relatively large number of undecided voters might give lawmakers political cover to take positions at odds with public opinion.

The poll showed Obama is well on his way to selling the deal among members of his own party. Fifty percent of Democrats supported it, compared to 10 percent who were opposed and 39 percent who were not sure.

Among independents – an important constituency group for both parties ahead of the 2016 presidential election – 33 percent voiced support, 21 percent registered opposition, and 45 percent said they were unsure about the deal.

People from both parties diverged substantially in their views of a U.S. rapprochement with Iran.

Sixty percent of Republicans said the United States should hold a hard line with its longtime foe and maintain or expand current sanctions, compared with 23 percent of Democrats who said the same.

Meanwhile, 48 percent of Democrats said Washington was right to improve diplomatic relations with Tehran, compared with 18 percent of Republicans.

The poll showed little support among members of both parties for using military force as a sole method for preventing Iran from developing a nuclear bomb. Five percent of Democrats supported such an option, along with 11 percent of Republicans and 6 percent of independents.

Support for the combined use of diplomatic channels along with military force was higher, however. Fifty percent of Republicans favored that combination, along with 35 percent of Democrats and 42 percent of independents.

The Reuters/Ipsos online poll surveyed 2,291 American adults between April 3 and April 7, after the Iran deal was announced. Among those polled were 893 Democrats, 803 Republicans and 320 independents.