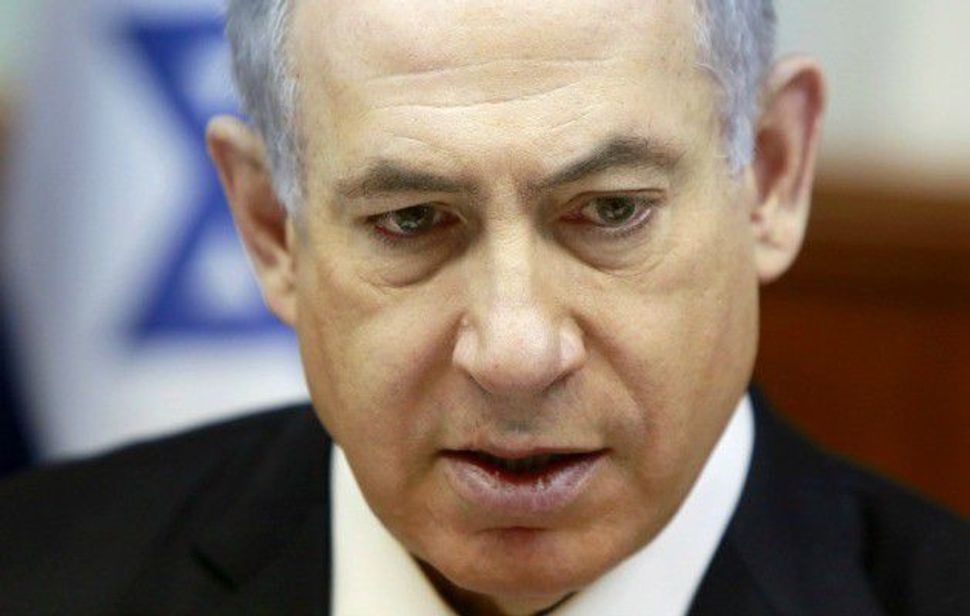 Israeli Prime Minister Benjamin Netanyahu called on the international community to negotiate a better deal with Iran on its nuclear program and offered alternatives.

Netanyahu’s statement on Sunday came a day after U.S. President Barack Obama told reporters that Netanyahu has not provided any alternatives to the framework agreement signed earlier this month.

“The prime minister of Israel is deeply opposed to it, I think he’s made that very clear,” Obama said Saturday at a news conference at the Americas summit in Panama City. “I have repeatedly asked — what is the alternative that you present that you think makes it less likely for Iran to get a nuclear weapon? And I have yet to obtain a good answer on that.”

The statement also came the same day that Haaretz reported, citing two unnamed Israeli officials, that Netanyahu said at a recent meeting of the Security Cabinet that if a final agreement is signed between Iran and the world powers, the greatest concern is that Tehran will fully implement it without violations.

In his statement released on Sunday, Netanyahu criticized Iran for insisting in the wake of the framework agreement on maintaining its nuclear capabilities; on refusing to allow nuclear inspections; and on continuing its aggression in the region.

“Let me reiterate again the two main components of the alternative to this bad deal: First, instead of allowing Iran to preserve and develop its nuclear capabilities, a better deal would significantly roll back these capabilities – for example, by shutting down the illicit underground facilities that Iran concealed for years from the international community. Second, instead of lifting the restrictions on Iran’s nuclear facilities and program at a fixed date, a better deal would link the lifting of these restrictions to an end of Iran’s aggression in the region, its worldwide terrorism and its threats to annihilate Israel,” Netanyahu said.

The Haaretz report said the Security Cabinet meeting was held on April 3, hours before the start of Passover Seder, and a day after the framework agreement was signed.

Netanyahu reportedly said at the meeting that he was concerned that Iran will not break the agreement, waiting until it expires in 10 years -15 years and the country is not considered a threat to restart its nuclear program without the threat of international monitors or sanctions.

The Security Cabinet decided during the meeting to try to persuade the Obama administration to improve the agreement. Most ministers, however, reportedly believe the best way to halt or alter the agreement is through Congress, which is where the most effort will be spent.