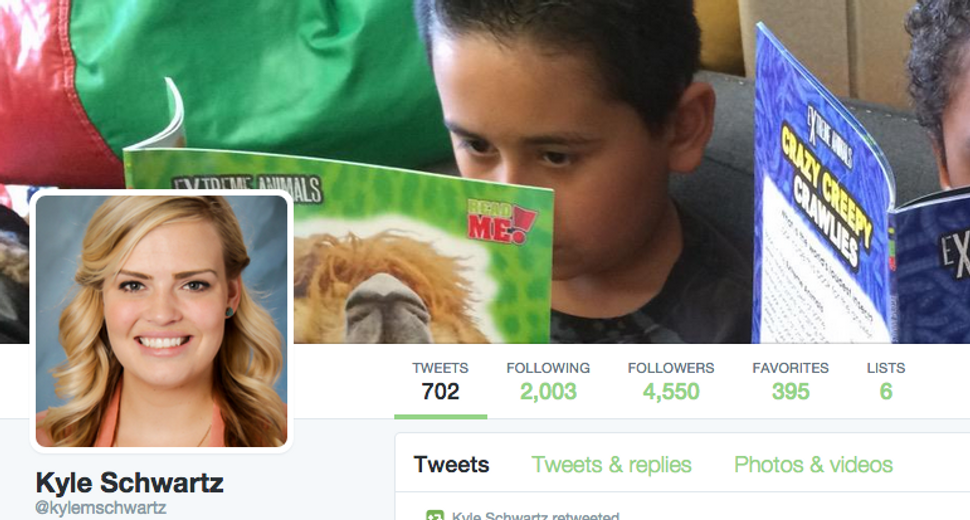 (Reuters) — A Colorado teacher who posted notes from her third grade class online and started a social media whirlwind under the hashtag #IWishMyTeacherKnew said on Friday the assignment had been a revelation for her.

Kyle Schwartz, 26, asked the eight- and nine-year-olds at her Denver inner city school to write down something they wished she knew about them, partly as a writing exercise, and partly as a way for her to learn about her pupils.

Responses included “I don’t have pencils at home to do my homework,” and “I want to go to college,” to one tear-jerker from a girl who said she had no friends to play with at recess.

When the teacher shared photographs of some of the notes on Twitter, similar messages and pictures came pouring in from other schools worldwide.

Schwartz, a self-described suburban girl who has taught at southwest Denver’s Doull Elementary for three years, said she has conducted the exercise each year, in part because she wanted to underline the issue of poverty in U.S. inner cities.

About 90 percent of Doull’s 532 students are Hispanic, and 46 percent are classed as English language learners.

Schwartz said one message that garnered a lot of sympathy online, from a girl who said she missed her father after he was deported to Mexico several years ago, was particularly revealing.

“That student comes to school each day with a smile on her face,” the teacher said, adding that she would not have known what the girl was going through if not for the hand-written note.

She said the pupils were told they could write anonymously if they wished, but that most were happy to add their names and to share their messages with classmates.

One widely commented upon note was from a girl who said she had no friends to play with during break time.

Schwartz said that message had been “heartbreaking,” but that she was gladdened to see how the other pupils rallied to support the child who wrote it.

“The next day at recess, all the girls huddled around her and played tag,” Schwartz said.

“A lot of what we’re teaching is how to be a good friend. My students’ emotional needs are just as important as their academic needs.”