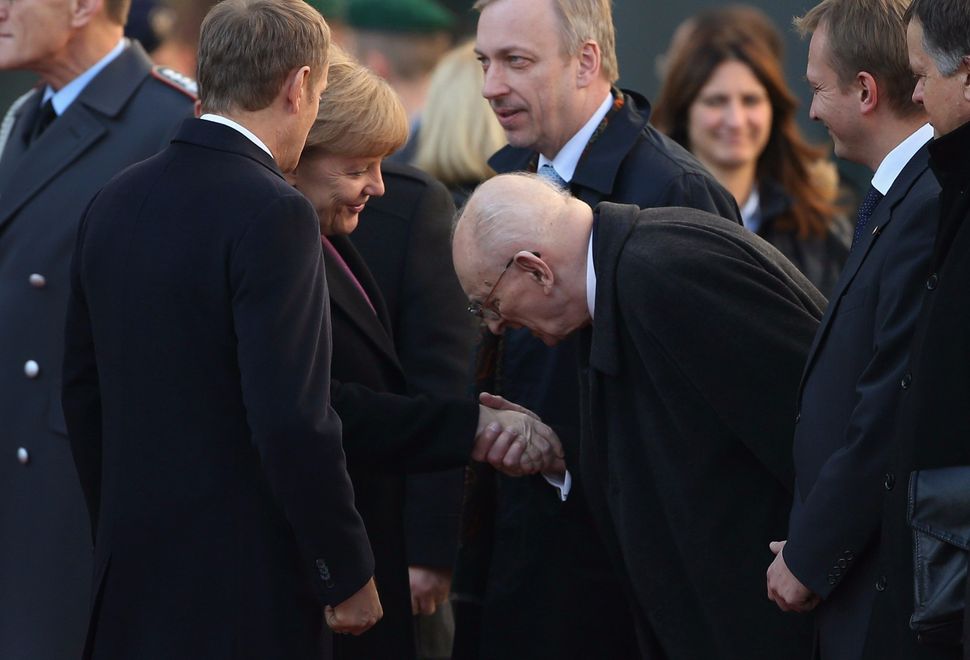 Former Polish Foreign Minister Wladyslaw Bartoszewski, a former prisoner of Auschwitz who was named a Righteous Among the Nations, has died.

Bartoszewski, who was also a social activist, journalist and historian, died on April 24 at the age of 93.

Bartoszewski in 1940 was sent to Auschwitz due to his social activism. He was released from the camp in 1941 after efforts by the Polish Red Cross. In 1942, he became involved in the work of Zegota – The Committee for Aid to Jews, a Polish World War II resistance organization set up to help Jews during the Holocaust. He served twice as the Minister of Foreign Affairs from March through December 1999 and again from 2000 to 2001, and as Ambassador to Austria for five years beginning in 1990. In 2007, he became secretary of state in the Prime Minister’s Office.

As a sign of mourning after Bartoszewski’s death, flags on the Polish Parliament and the Presidential Palace were lowered to half-mast.

“It is the end of the twentieth century,” wrote Piotr Cywinski, director of the Auschwitz Museum, on his Facebook page.

“It is the end of an era,” Piotr Kadlcik, a former chairman of the Union of Jewish Communities in Poland told JTA. “Without these people it will be much more difficult to remember about all aspects of our common history and to talk about it with dignity, without vindictiveness and stereotypes.”

“In Israel he will remain forever in our hearts as one of the Righteous Among the Nations who risked his life to rescue Jews from the Nazis,” Benjamin Netanyahu said in a condolence statement issued Saturday night. “In my meetings with him, I was deeply impressed by his humanity and erudition. His light will continue to shine.”

“He was a very brave and effective ambassador of reconciliation of states, nations and societies, Polish-German and Polish-Israeli reconciliation,” said Polish Prime Minister Ewa Kopacz on Saturday.