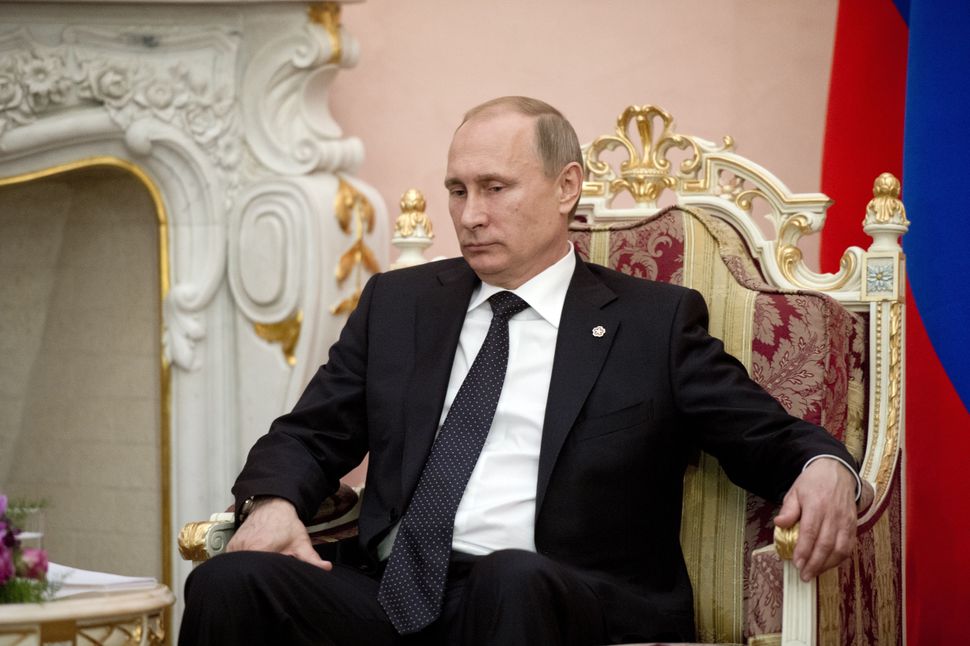 The call was made in a document that carried signatures of Crimean Jews and executives from the Chabad-affiliated Federation of Jewish Communities of Russia, as well as the Congress of the Jewish Religious Organizations and Associations in Russia, which is not affiliated with the Chabad-Lubavitch movement, the news site Lenta.ru reported Saturday. In the letter, seen by Lenta, the co-signatories ask Western Jews “to prepare public opinion in their countries [for] starting a dialogue with their governments to lift sanctions against Russia and Crimea.” It is signed by Rabbi Ariel Triger, who is in charge of regional development at the Chabad-affiliated federation, and by the congress’ vice president, Zinovy ​​Kogan.

Sanctions by the European Union and the United States against Russia have crippled the Russian economy and came as a response to Russia’s annexation in March 2014 of Ukraine’s Crimean peninsula.

The letter was addressed to the signatories’ Western counterparts, Lenta reported, but did not specify.

The letter’s authors also wrote that Crimean Jews and non-Jews support their territory’s annexation to Russia, which Putin said was done to protect the ethnic-Russian population there from Ukrainian nationalists. The sanctions, they wrote, were “unjust.”

The revolution ended the rule of Viktor Yanukovych, whom many Ukrainians opposed for his alleged corruption and perceived allegiance to Russia. He fled to Russia shortly before the annexation.

Ukrainian Jews have rejected accusations that the revolution endangered their minority, and almost all of the leaders of their communities condemned the Russian annexation and support for separatists in Ukraine’s east.