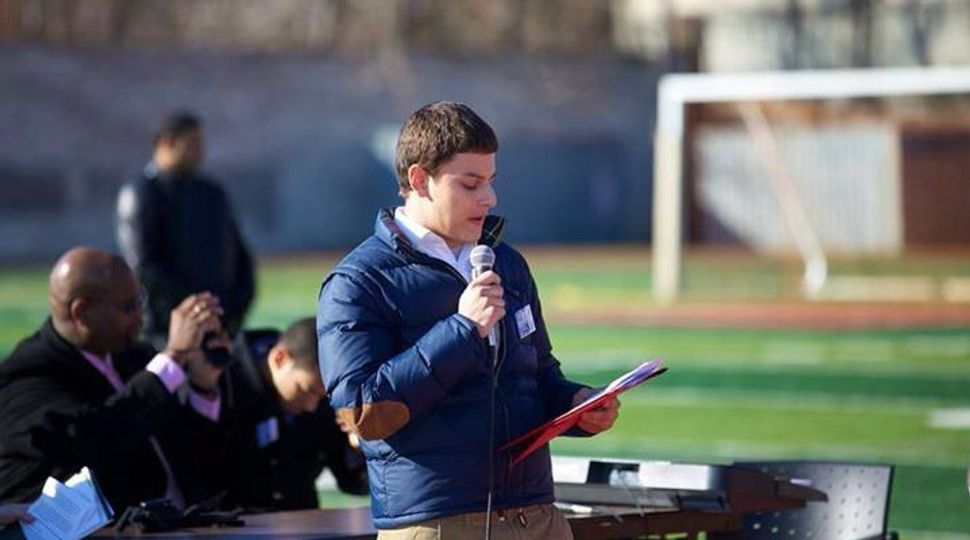 “He was the most wonderful kid,” Zemser’s mother, Susan Zemser, told reporters, according to the Daily News.

Zemser, who grew up in Rockaway Beach, New York, was a sophomore at the Naval Academy with aspirations to join a Navy Seal team. A high school valedictorian and football player, he was riding the Amtrak train home from the Naval Academy when he was killed on May 12.

“He was just such a nice, good boy,” an aunt Cathy Zemser, told The Washington Post. “He was very, very responsible. We knew it wasn’t good if he hadn’t called.”

The Amtrak train was traveling at least 100 miles per hour when it hurtled off the rails, more than twice the legal limit in the area, investigators said. Among those missing is Rachel Jacobs, the Jewish CEO of an education start-up.

Zemser’s uncle, Richard Zemser, had high hopes for Justin: “Am I talking to the first Jewish president of the United States?,” he would ask, teasingly, when he spoke with Justin on the phone, according to the Post.

The Post also reported that Zemser had recently returned from a trip to Israel with other midshipmen.

Zemser was a graduate of the Channel View School for Research, a New York City charter school. In a May 13 message on the Facebook page of the charter school network to which Channel View belongs, administrators wrote: “Zemser was the inspiring student body president at Channel View, whose positive example helped guide his fellow students through the aftermath of Hurricane Sandy… Our heart goes out to Zemser’s family and the entire Channel View community on this tragic loss of an outstanding young man.”

Zemser had interned for Eric Ulrich, a City Council Republican from Queens. In a statement to the Daily News, Ulrich praised Zenser. “Justin was truly a bright, talented and patriotic young man,” Ulrich said. “He will be sorely missed by all who knew and loved him.”