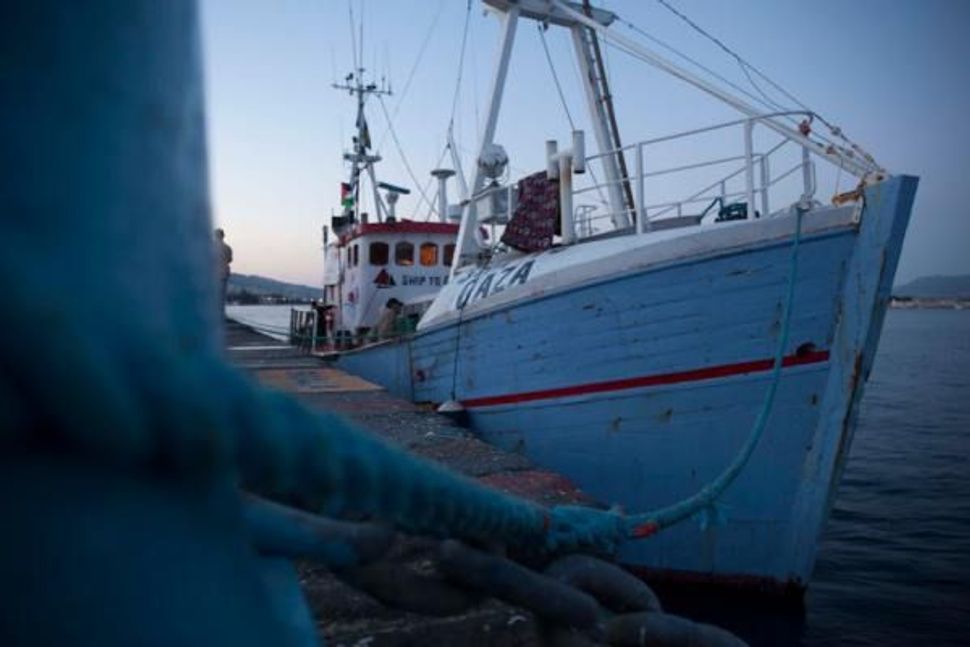 A flotilla of boats planning to break Israel’s naval blockade of the Gaza Strip left a Greek port.

The five Freedom Flotilla III boats, which left Crete on Thursday, are scheduled to arrive near the Gaza coast in three days.

The boats are carrying solar panels and medical equipment, according to Ship to Gaza Sweden.

The lead boat, the Marianne of Gothenburg, is carrying passengers including Israeli-born Swedish citizen Dror Feiler, a musician and spokesman of Ship to Gaza; Kajsa Ekis Ekman, a Swedish journalist, author and social critic; Robert Lovelace, a Canadian scholar and activist; and Ana Maria Miranda Paza, a Spanish member of the European Parliament.

The Freedom Flotilla’s first attempt to break the blockade ended in the deaths of nine Turkish activists in May 2010. Israeli Navy commandos boarded the Mavi Marmara, which claimed to be carrying humanitarian aid, after warning the ship not to sail into waters near the Gaza Strip in circumvention of Israel’s naval blockade of the coastal strip.

A second attempt was turned back in October 2012.

The Ship to Gaza organization is calling for an immediate end to the naval blockade of Gaza; opening of the Gaza Port; and secure passage for Palestinians between the West Bank and the Gaza Strip.