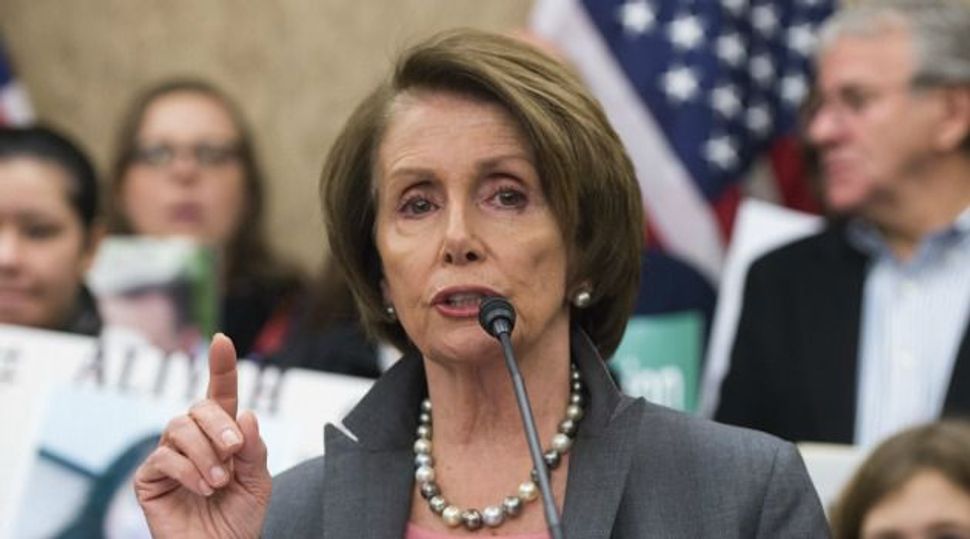 House of Representatives Democratic leader Nancy Pelosi said on Thursday the nuclear deal with Iran has her strong support, and she would work to convince her colleagues to vote for it.

Pelosi said she was optimistic about the deal’s chances in Congress, calling the agreement the “best possible option.”

“I’m very optimistic about our vote of support for the president,” Pelosi said at her weekly news conference, where she held a copy of the nuclear agreement as she endorsed it.

Pelosi’s support is important to Democratic President Barack Obama’s push for the nuclear pact to survive congressional review. The deal was reached on Tuesday between Iran and the United States and five other world powers.

“I am already making sure … people have answers to the questions that they have, and I made very clear to them my own standing on this issue and why I think this is a good agreement,” Pelosi said.

Under legislation passed overwhelmingly by Congress and signed into law by Obama in May, the House and Senate have 60 days to do nothing and allow the deal to take effect, vote to approve it, or back a resolution of disapproval.

A resolution of disapproval would cripple the agreement by removing Obama’s ability to waive most U.S. sanctions imposed on Iran, an important component of the nuclear pact.

Obama has pledged to veto a disapproval resolution if it passes Congress.

Republicans are staunchly opposed to the nuclear deal.

John Boehner, the Republican speaker of the House, said at his weekly news conference it was “pretty clear” that a majority of members of the House and Senate oppose it.

But opponents would need two-thirds majorities in both the House and Senate to override a veto. That would mean dozens of Democrats would have to vote against the president – and Pelosi – for a disapproval resolution to go into effect.