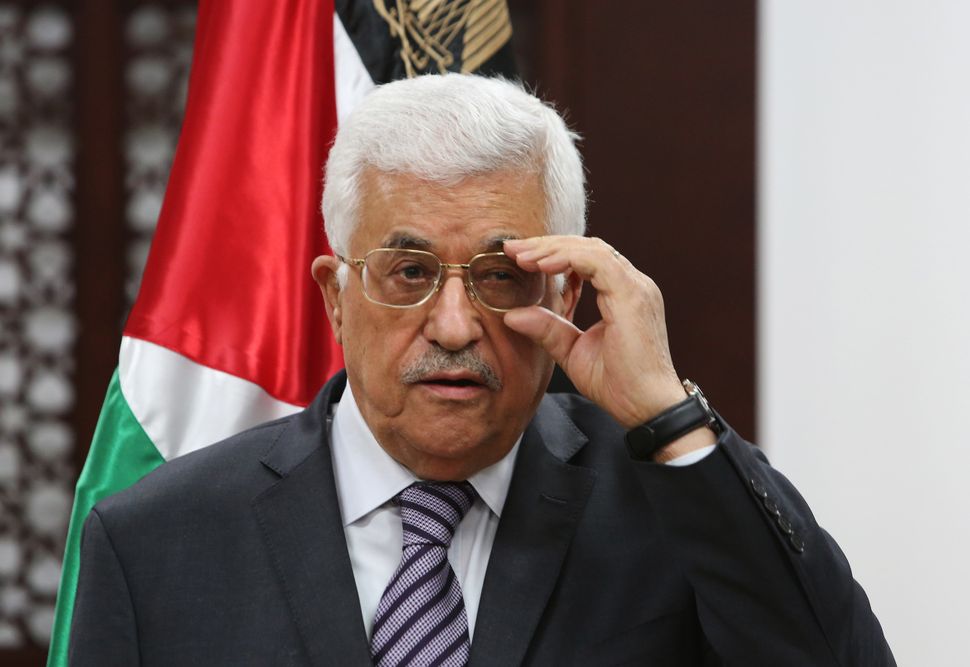 President Mahmoud Abbas is acting to shake up Palestinian politics with peace talks with Israel in deep freeze and unity efforts with Hamas Islamists who run the Gaza Strip stalled.

In power for more than a decade, and facing a mounting challenge to his stewardship, Abbas, 80, resigned last week as chairman of the Palestine Liberation Organization’s Executive Committee, its top decision-making body.

But few saw the move, in which nine of Abbas’s colleagues on the 18-member committee also stepped down, as little more than a maneuver to bolster his own standing and weaken his opponents.

Under PLO rules, Abbas’s step forces the 714-member Palestinian National Council, or parliament, into session within 30 days to elect a new committee. That is when, his critics say, he will be re-elected committee chairman and pack it with cronies.

If, as widely expected, Israel bars legislators living in Gaza or in exile from attending the Sept. 15 meeting of the legislature in Ramallah, in the Israeli-occupied West Bank, Abbas loyalists will likely be the ones choosing the committee.

Abbas supporters said the president was only trying to pump new blood into the PLO, the former main Palestinian guerrilla group and now its umbrella national independence movement.

“(Critics) have been saying the PLO has aged and is paralyzed and that it needs to be rejuvenated – and when we try to develop it, they call it a settling of scores,” Ahmed Majdalani, a committee member allied with Abbas, told Voice of Palestine radio.

Palestinian political analyst Hani al-Masri, however, said Abbas, who was elected to a four-year term as president in 2005 and has not faced a vote since then, was signaling he did not plan to step down any time soon. “He wants everything to be in his hands,” Masri told Reuters.

Ghaith al-Omari, a senior fellow at The Washington Institute for Near East Policy, wrote on its website that the resignations were “likely internal political maneuvers aimed at consolidating power.”

Fueling such sentiments, Abbas last month unexpectedly dismissed the secretary-general of the PLO, Yasser Abed Rabbo, who had been critical of his decision-making.

Abed Rabbo said that some of Abbas’s close aides were behind what he called “silly conspiracies” inside the PLO in the bid to remove rivals like himself.

Mohammed Dahlan, a former official in Abbas’s Fatah party who is now one of his main critics, issued a statement accusing him of carrying out a “palace coup.”

Hamas, which is not a member of the PLO but slated under a 2012 unity pact to be part of a committee – which has never met – to reform the organization, called Abbas’s move a “retreat from the reconciliation agreement.”