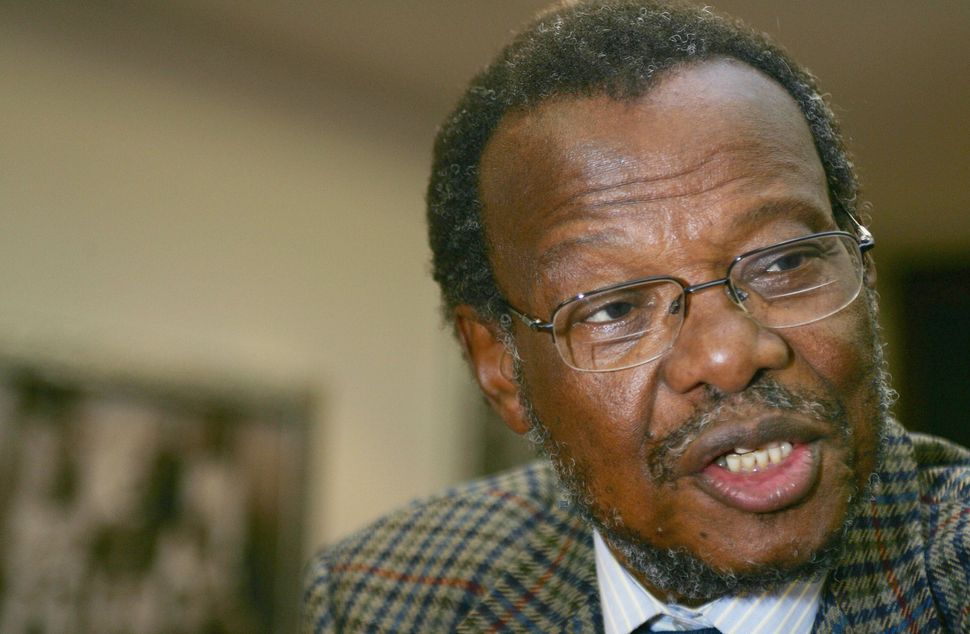 In turn, the lawmakers who traveled to Israel this week called on the African National Congress to “not take sides in the conflict” but rather “to stand on the side of peace.”

“We have benefitted from meeting with officials and leaders from both the Knesset of the State of Israel in Jerusalem, and the Mukataa of the Palestinian Authority in Ramallah,” the group announced in a statement issued upon their return on Friday. “We engaged discussions with members of the executive, with opposition parties, and with members of Parliament in Israel of Arab extraction. We also met with academics and leaders outside of government.”

The leaders stressed they made the trip with the full knowledge of both the Israeli ambassador to South Africa, Arthur Lenk, and Palestinian diplomat Bassam al-Husseiny. They asserted they made the trip “believing that South Africa should actively promote contact between the two sides of the conflict.” Buthelezi added, ““We are now more convinced than ever that the South African government must not take sides, but must firmly stand on the side of peace.”

While Moloto Mothapo, ANC spokesman in parliament, reiterated his party’s support for the Palestinian struggle against Israel, he did not expressly condemn the visit.

“We were not aware of it or the reasons behind it,” he commented about the trip.

However, other opposition parties joined in on the attack, according to the report. Godrich Gardee, secretary general of the Economic Freedom Fighters said it was premature for other leaders to go to Israel before getting approval of all opposition parties.

“But even if we were invited to go there, we wouldn’t have done so. I think it was an uninformed move by these opposition parties,” he said. “Worst of it all is that the opposition parties involved don’t have the capacity to resolve any form of conflict.”

Kwara Kekana, representing the BDS movement in South Africa, called it “unfortunate but not surprising to see the IFP rushing to Israel’s defense,” according to the Independent Online.

He also attacked the leaders of the smaller Congress of the People and United Democratic Movement for joining Buthelezi, calling them “desperate parties” that are “betraying the indigenous Palestinians and progressive Israeli allies who reject these pro-Israeli trips.” He warned, “This betrayal will have consequences.”

Kekana said he thought the pro-Israeli lobby in South Africa had funded the trip. In July three members of the South Africa Students Congress were suspended for taking part in a trip to Israel despite being warned not to go.