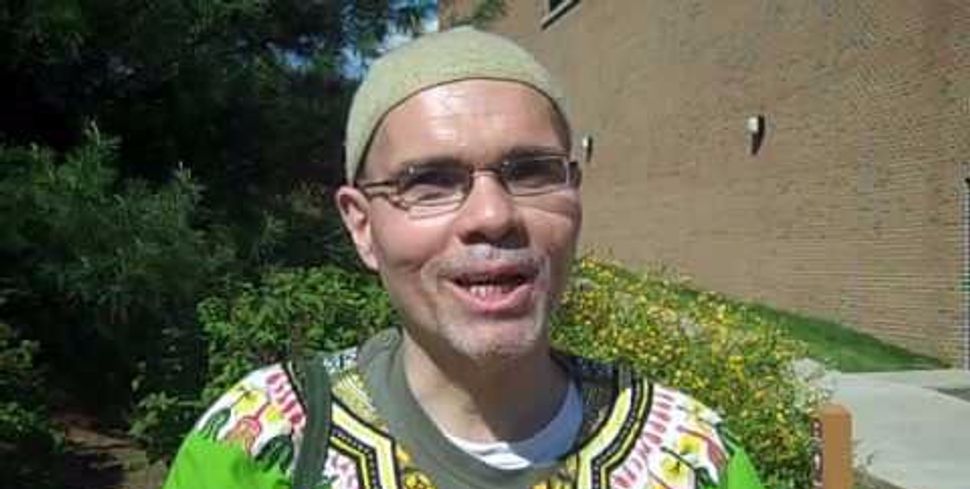 A professor at Kent State University with a history of anti-Israel activity is under FBI investigation for ties to the Islamic State.

The Cuban-born Pino, a convert to Islam who is also known as Assad Jibril Pino, has denied connections to the Islamist group.

“I can only imagine, given my past record at Kent State dealing with controversial issues about the Middle East, some people may be favorable or unfavorable. Rumors start, and that’s the only thing I can think would draw attention from a government agency,” Pino told the Akron Beacon.

The FBI has questioned Pino’s colleagues and students, according to the newspaper.

Pino, a tenured history professor, has courted controversy for years, writing an opinion column in 2002 in the Kent State student newspaper in which he praised a Palestinian suicide bomber.

He later wrote letters to the Kent Stater criticizing American policy in the Middle East. In 2009, he was interviewed by the Secret Service about his beliefs.

In 2011, he shouted “Death To Israel” during a lecture at the university by Ishmael Khaldi, the former deputy consul general at the Israeli Consulate in San Francisco.

In a 2014 letter issued to “academic friends of Israel,” he accused the pro-Israel academic community of being “directly responsible for the murder of over 1,400 Palestinian children, women and elderly civilians,” and called Israel “a regime that is the spiritual heir to Nazism.” He signed the open letter “Jihad until victory!”