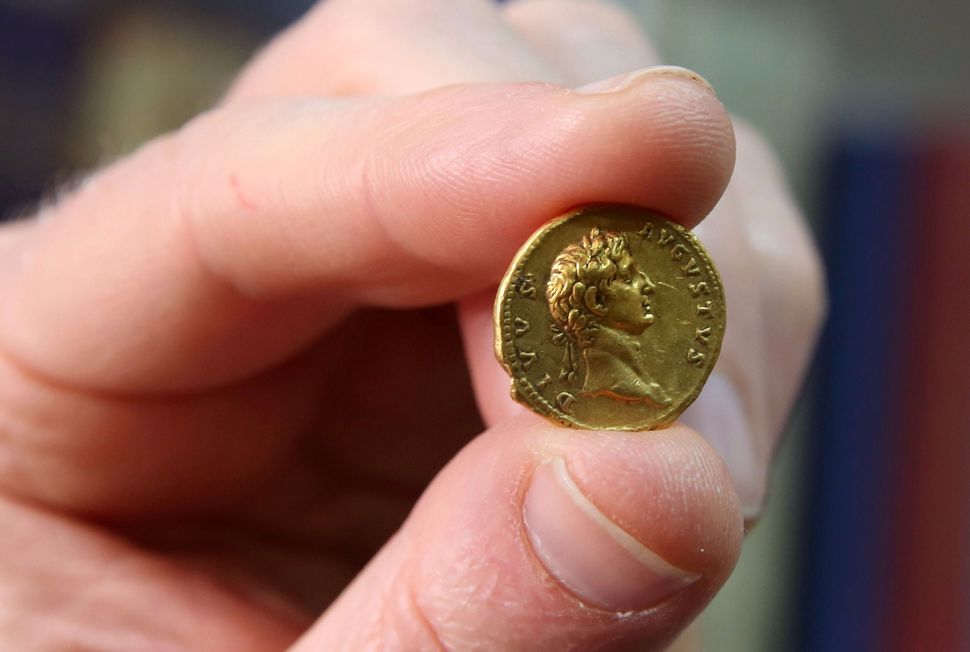 An Israeli woman discovered a rare, more than 2,000-year-old Roman gold coin while hiking at an archaeological site in northern Israel.

Laurie Rimon, who lives on Kibbutz Kfar Blum in the Galilee, spotted the coin in the grass while visiting an eastern Galilee site, the Israel Antiquities Authority announced in a statement on its website Monday.

The authority declined to name the exact site, saying, according to Haaretz and CNN, that it did not want the site to be overrun by amateur archaeologists.

The commemorative coin issued in 107 CE bears the image of the Roman Emperor Augustus and dates to the reign of Emperor Trajan. It is only the second coin of its type known to exist in the entire world, according to the IAA. 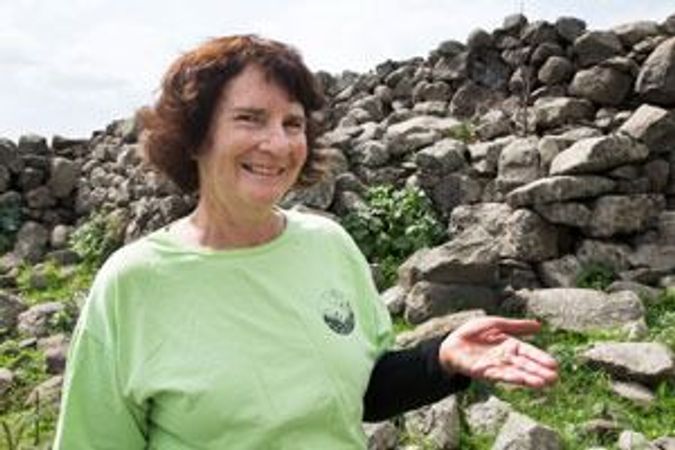 The other coin is housed in the British Museum in London.

Rimon immediately contacted the IAA and handed over the coin.

“It was not easy parting with the coin,” Rimon said, according to CNN. “After all, it is not every day one discovers such an amazing object, but I hope I will see it displayed in a museum in the near future.”

Donald Ariel, head curator of the coin department at the Israel Antiquities Authority said in the statement that the coin would have been too valuable for everyday use and may have been part of a Roman soldier’s salary.

“Whilst the bronze and silver coins of Emperor Trajan are common in the country, his gold coins are extremely rare,” Ariel said. “So far, only two other gold coins of this emperor have been registered in the State Treasures, one from Giv‘at Shaul near Jerusalem, and the other from the Qiryat Gat region and the details on both of them are different to those that appear on the rare coin that Laurie found.”

The IAA said it will award Rimon a certificate of appreciation for good citizenship.

“Laurie demonstrated exemplary civic behavior by handing this important coin over to the Antiquities Authority,” Nir Distelfeld, an inspector with the IAA Unit for the Prevention of Antiquities Robbery, said in a statement.