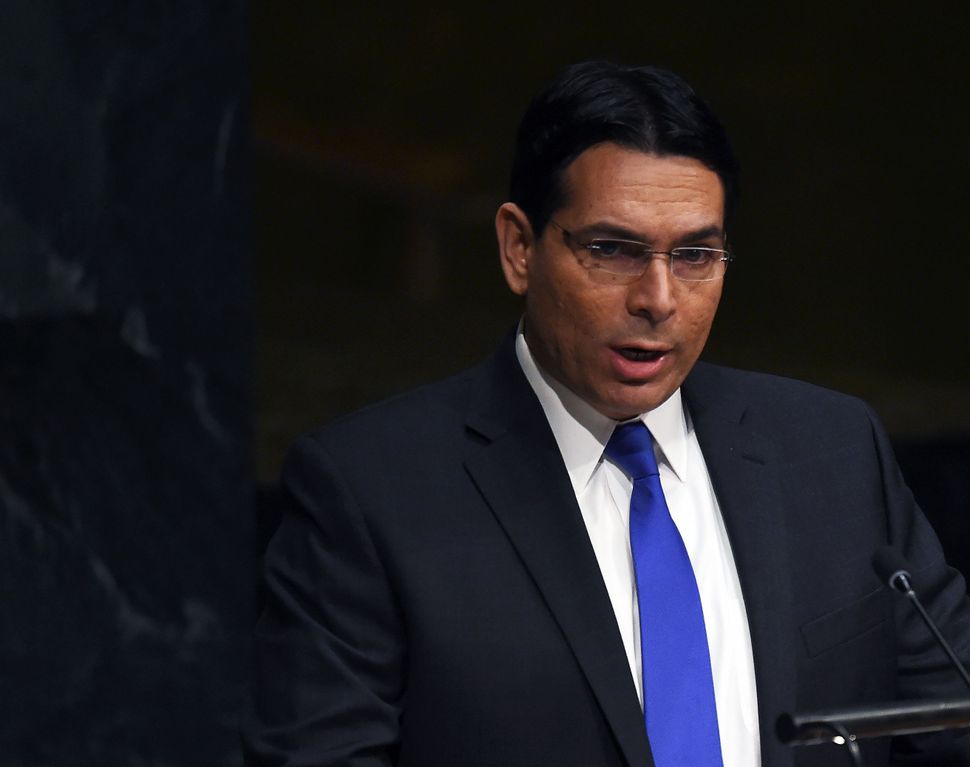 JERUSALEM – Israel on Thursday assailed the United Nations Human Rights Council (UNHRC) for adopting a measure that calls for the establishment of a database of businesses “involved in activities” in the occupied West Bank.

Israel’s U.N. ambassador, Danny Danon, called the database a “blacklist” and said the UNHRC was behaving “obsessively” against Israel.

The Geneva-based council, a 47-member state forum established 10 years ago which Israel and its major U.S. ally accuse of bias against the Jewish state, adopted the motion with 32 votes in favor, none against and 15, mostly European nations, abstaining.

Israeli Prime Minister Benjamin Netanyahu issued a statement calling the body an “anti-Israel circus,” adding the council “attacks the only democracy in the Middle East and ignores the gross violations of Iran, Syria and North Korea.”

The council asked for the list of enterprises to be updated annually and to be appraised of the “human rights and international law violations involved in the production of settlement goods.”

Netanyahu said it was absurd to condemn Israel rather than deal with attacks by Palestinians against Israel and by Islamic State in Europe. “Israel calls on responsible governments not to honor the decisions of the Council that discriminate against Israel,” Netanyahu said.

Danon said the council’s decision reminded of “a dark period in Europe when Jewish businesses were singled out. Whoever supported today’s decision, should be ashamed.”

The council also named Canadian Stanley Michael Lynk as its new investigator on the situation of human rights in the Palestinian territories following the resignation in January of special rapporteur Makarim Wibisono, citing Israel’s failure to cooperate with him.

Among the nearly 40 resolutions adopted by the council at the end of its four week session were resolutions on Syria, Iran and North Korea.