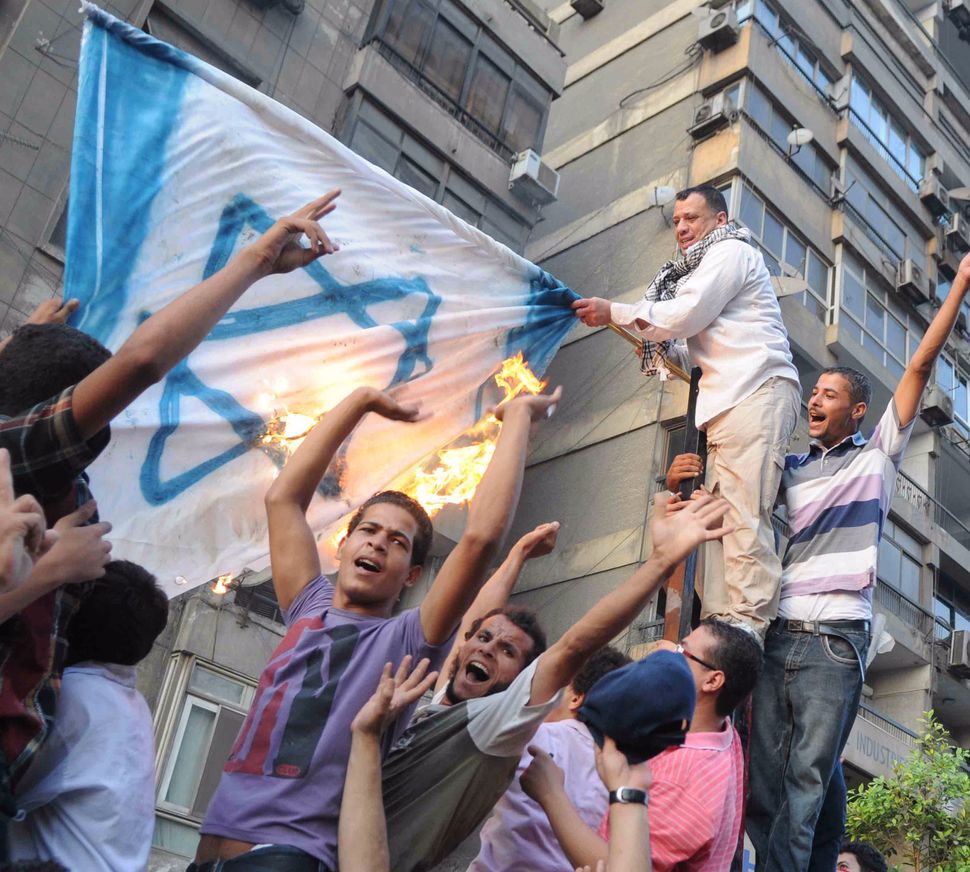 Prime Minister Benjamin Netanyahu said on Tuesday that he threatened to send Israeli commandos into Cairo in 2011 to rescue a number of Israeli security staff besieged by demonstrators who had stormed the mission.

Netanyahu’s remarks, at a ceremony in Israel’s Foreign Ministry to mark the country’s annual memorial day, added a new twist to the incident. It ended with the rescue of the six guards by Egyptian forces after President Barack Obama and other top U.S. officials intervened at Israel’s behest.

The feasibility of an Israeli raid into Cairo, the densely crowded capital of a country with the biggest military in the Arab world, would strain the imagination. On Twitter, Israel’s liberal Haaretz newspaper summed up the right-wing prime minister’s account with one word: “Amazing.”

“Here, several years ago, in the Foreign Ministry situation room, we faced an ever-tightening siege on our people in the Israeli embassy in Cairo,” Netanyahu said at the ceremony.

“A wild mob … came to slaughter our people, and that evening we used all the tools at our disposal, including a threat of an Israeli military rescue operation – something that ultimately was the deciding factor and brought the Egyptian forces (to the scene).”

There was no immediate comment from Egypt’s foreign ministry following Netanyahu’s remarks.

Demonstrators stormed the embassy, in the heart of Cairo, on Sept. 9, 2011, in protest over the killing of five Egyptian security guards by Israeli soldiers pursuing Islamist militants who had ambushed and killed eight Israelis along the border.

With the embassy closed for the weekend, only the six security guards were on duty inside when the protesters breached its outer concrete wall. The Israelis took refuge in a room with a reinforced metal door and the chief security officer spoke by telephone with Netanyahu to advise him of their plight.

“He told me, ‘My name is Yoni,’” Netanyahu said in his remarks. He said he told the officer: “Yoni, the State of Israel will get you out of there.”

Netanyahu made no specific reference in his comments to his telephone call at the time with Obama, who, according to a White House statement as the Cairo drama unfolded, assured him Washington was taking steps to resolve the situation.

Obama called on Egypt’s government, then a transitional administration run by the military after President Hosni Mubarak was toppled from power, to “honor its obligations to safeguard the security of the Israeli embassy,” the White House said.

Immediately after the Israeli guards were rescued, the Israeli ambassador and other diplomatic staff were evacuated on a special flight. The Israeli embassy now operates out of the ambassadorial residence in Cairo’s heavily policed Maadi district.

In 1979, Egypt became the first Arab country to recognize Israel. Bilateral relations have endured political upheavals that saw the rise and fall of the Muslim Brotherhood, followed by the current pro-Western administration of President Abdel Fattah al-Sisi. —Reuters