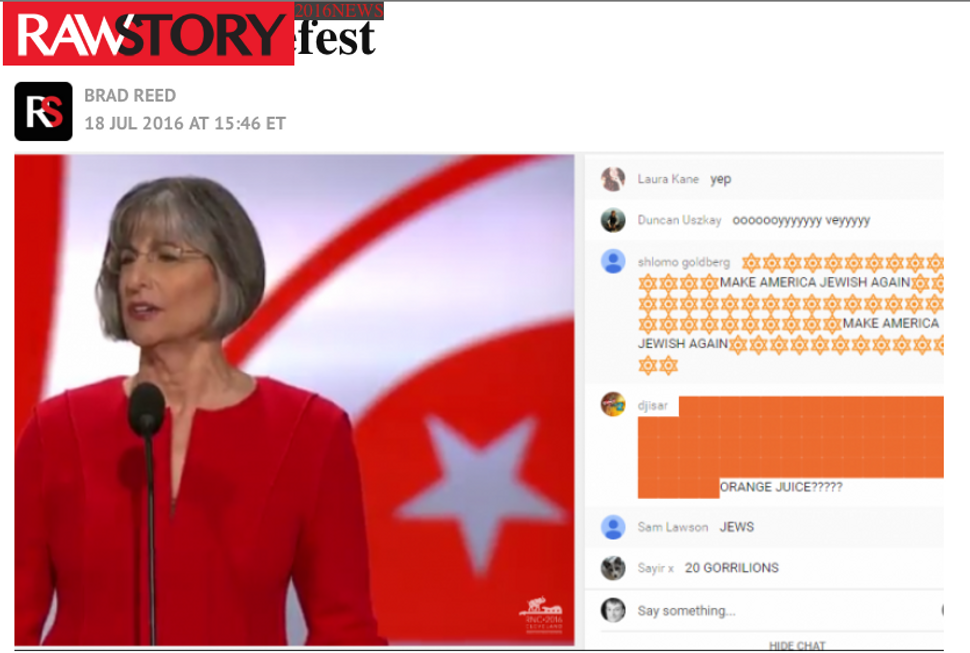 A barrage of anti-Semitic comments shut down the Chat alongside the live YouTube feed from the Republican National Convention on Monday afternoon, Raw Story reported. As former Hawaiian Governor Linda Lingle made scathing comments about the Democrats lack of support for Israel, anti-Semitic trolls wrote “MAKE AMERICA JEWISH AGAIN,” “press h for hitler,” “F——————- THE KIIKKKKKKKKKEEEEEESSSSSSS” in the bar next to the screen.