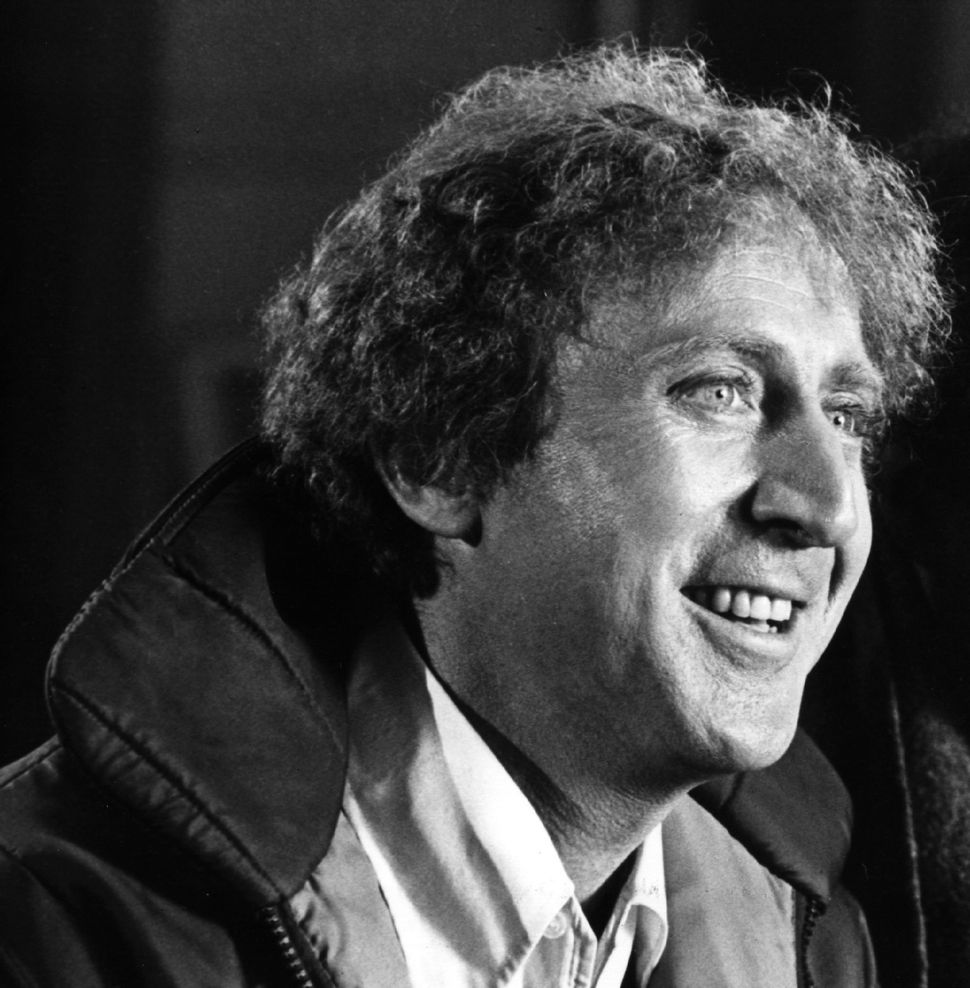 It was a sad day in Hollywood on Monday as the world learned that Gene Wilder, one of the most beloved comic actors of the ’70s and ’80s, had .

The Jewish star, born Jerome Silberman and known for his roles in an array of classic films — from “Willy Wonka & the Chocolate Factory” to “Young Frankenstein” to “Stir Crazy” — succumbed to complications from Alzheimer’s disease, which his family said he had suffered from for three years.

If the news itself doesn’t moisten your tear ducts, get this: Wilder’s nephew said in a statement that the song “Somewhere Over the Rainbow” was playing in the room as the actor passed away.

Mel Brooks, the Jewish comedy legend who collaborated with Wilder in a series of comedic triumphs (“Blazing Saddles,” “Young Frankenstein” and “The Producers,” in which he co-starred with Zero Mostel), was one of the first to react to the somber news in touching fashion.

Gene Wilder-One of the truly great talents of our time. He blessed every film we did with his magic & he blessed me with his friendship.

But countless other celebrities (including several Jewish ones) also took to Twitter to pay heartfelt tributes to the actor once described by The New Yorker critic Pauline Kael as a “magnetic blur” who made barely controlled hysteria “his dazzling specialty.”

A man who lit up the world with his joy and genius. I can’t say what it meant to act with him and get to know his heart. ❤️RIP #GeneWilder

Thank you Gene Wilder for the wonderful, the weird, the pure imagination. One of my greatest heroes.

If there is a better dual comedic performance in film than the late Gene Wilder with Zero Mostel, please send DVD ASAP #RIP#IFellOnMyKeys

Gene Wilder was one of the funniest and sweetest energies ever to take a human form. If there’s a heaven he has a Golden Ticket. ;^)

He was always able to make us smile, and that is no small feat. Rest with the stars, Gene Wilder. pic.twitter.com/kxis66bIGd

The genius, the talent, the actor, the original, the artist, the storyteller, the creative, the iconic, the great, great, great Gene Wilder.

RIP #GeneWilder absolute master. Brilliant in so many ways. His life’s work is timeless and everlasting. pic.twitter.com/hYHYk8hm4h

GENE WILDER, the face of childhood joy for many a generation, has passed. Farewell, sweet genius. Gilda awaits you. https://t.co/pybXNFlGaq