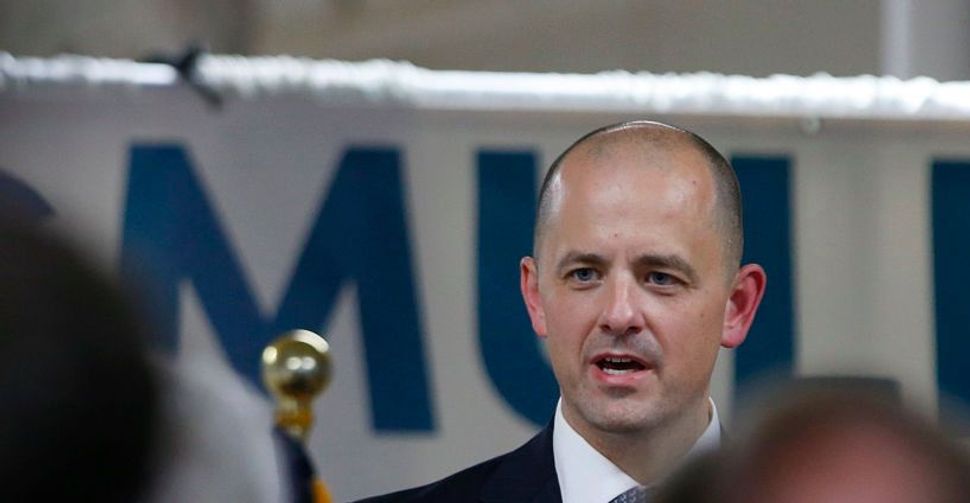 Finn, 35, is president and founder of Empowered Women, a nonprofit that aims to foster discussion of feminism. She worked on digital operations programs for Mitt Romney and George W. Bush, and also at Twitter heading up strategic partnerships in Washington, D.C., and specializing in business development.

McMullin, who is running as a conservative alternative to Republican candidate Donald Trump, announced Finn as his running mate on Thursday, although her name will not appear on several state ballots including California, Texas and Alabama since the announcement came too late for many filing deadlines. The placeholder name Nathan Johnson, a friend of McMullin’s, appears on many of those ballots and likely cannot be switched out.

Finn has opposed Trump since the primaries.

“I’m a lifelong Republican,” she wrote in January for the voices.neverTrump.com website. “But more importantly, I’m an American, a Mom, and though I don’t wear it on my sleeve, a committed Jew. When I see an authoritarian decide who are winners and losers as if he were picking race horses to bet on, habitually equate people to animals and mock their looks and mannerisms, I see the antithesis of leadership. When I see a man equate strength with an ability to erect tall buildings in their name while threatening to banish entire religions from our country, I don’t merely shake my head in disgust. I’m afraid.”

McMullin, 40, is a former undercover operations officer for the CIA who once studied in Israel. He also was a senior national security and policy adviser in the House of Representatives.

McMullin studied in Israel while an undergraduate at Brigham Young University as a David L. Boren Scholar with the Department of Defense’s National Security Education Program, through The David M. Kennedy Center for International Studies. He called his studies in Israel “a perfect capstone to the traditional coursework I had done in Provo.”

I’m proud to be running for VP with @Evan_McMullin. Together, we’ll offer America a better choice. Join us: https://t.co/6PXq00OR4Z pic.twitter.com/ehEEHJSnaR