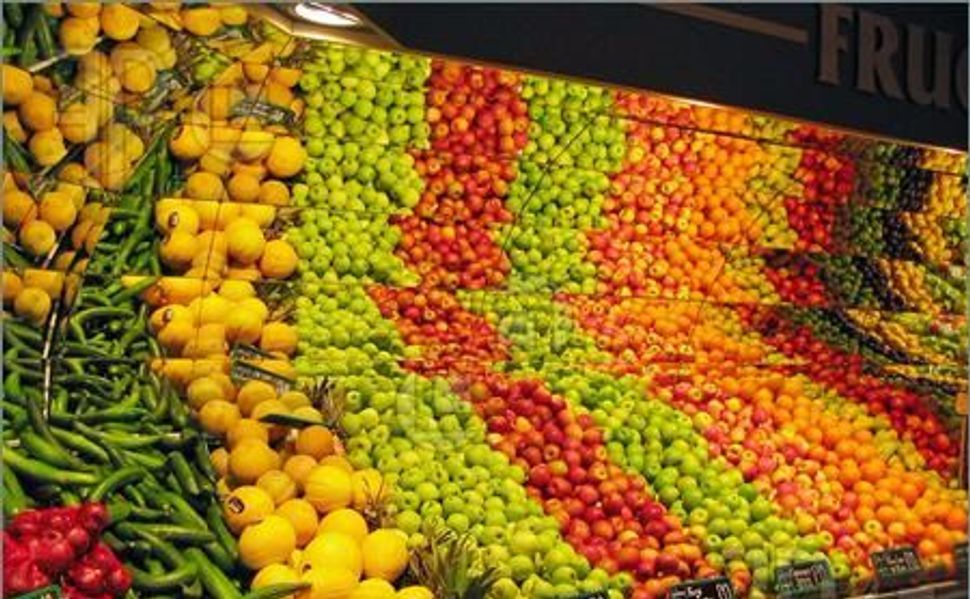 (JTA) — Following complaints, a French supermarket store apologized for applying labels reading “made in Israeli settlements” to some of its products.

The labels that appeared last month on pomegranates and Tangerines at the store belonging to the Auchan supermarket chain in the Paris suburb of Kremlin-Bicêtre were the result of a “an error” by an employee, a spokesperson for the chain told the National Bureau for Vigilance Against Anti-Semitism.

The bureau, a nonprofit known by its acronym of BNVCA, queried the store along with Bernard Musicant, an activist for the pro-Israel Urgency Collective group, regarding the labels, according to the Actualite Juive newspaper.

In November, the French Economy Ministry’s General Directorate for Competition, Consumption and Fraud Prevention published an advisory circular requiring retailers use the word “colonies,” French for “settlements,” to specify goods originating in Israeli settlements in the Golan Heights, the West Bank and eastern Jerusalem, which Israel captured in 1967.

In 2015, the European Commission adopted binding regulation requiring such labeling. However, the commission has no recourse against countries that don’t apply the regulations and no lawsuit has been brought to date against a vendor who declined to apply them. France’s major supermarket chains apply no special labeling for settlement goods.

Several European countries apply the regulations, including Britain, Denmark and Belgium, but many others are ignoring them. Many retailers are hesitant to apply such labels, fearing it would lead to demands for labeling of products from other disputed territories.

The European Union has issued no regulations on labeling of goods from other disputed areas, including Western Sahara, which is under Moroccan control even though the United Nations has called the kingdom’s presence there an occupation.

Israel and its advocates have argued the labeling is discriminatory but the E.U. officials who passed it and other advocates of the practice say it is in keeping with consumers’ right to receive accurate information on products.