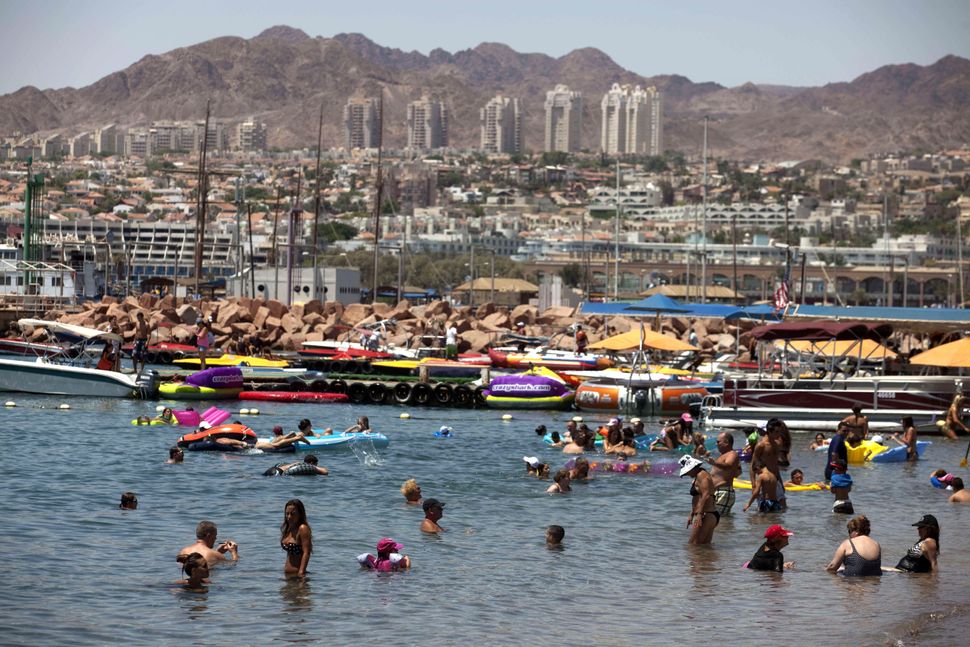 (JTA) — An affiliate of the Islamic State claimed responsibility for a rocket attack on the southern Israeli resort city of Eilat.

The Sinai Province group, which pledged its allegiance to ISIS in 2014, said Thursday it was responsible for the firing of four rockets from the Egyptian-controlled Sinai peninsula into Israel. Three of the rockets were intercepted by Israel’s Iron Dome missile defense system on Wednesday night, and the fourth landed in open water. No one was injured in the attack.

“A military squad fired a number of Grad rockets at communities of Jewish usurpers in the town of Eilat,” the group said in a statement posted online. The rockets were fired “in order to teach the Jews and the crusaders a proxy war will not avail them of anything.”

“The future will be more calamitous with Allah’s permission,” the statement said.