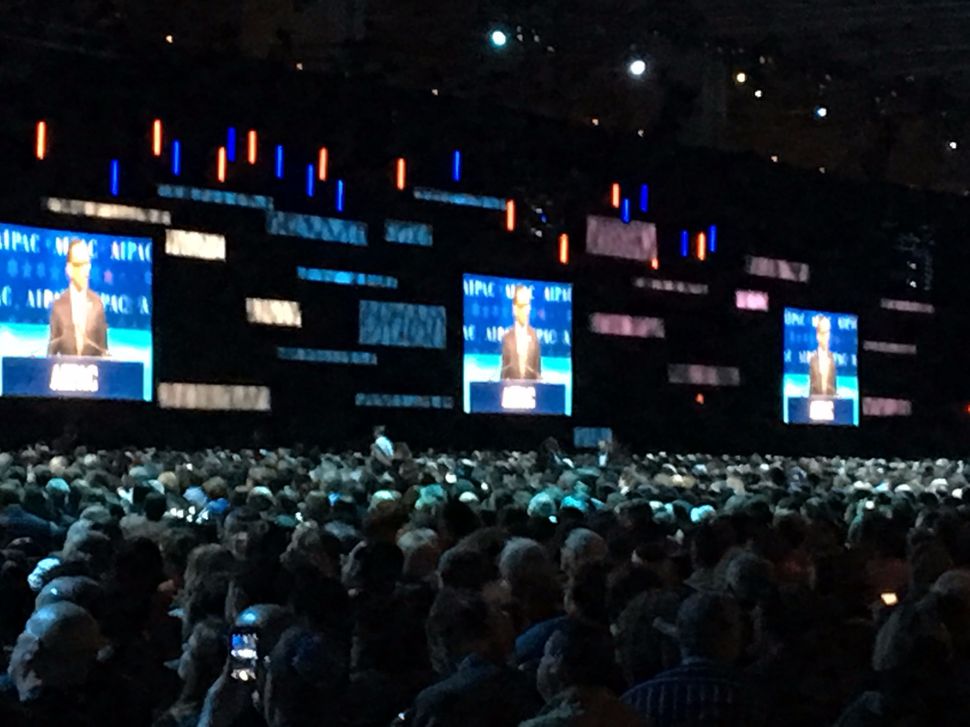 American supporters of Israel struggled to strike a balance between elation at the possibilities under President Donald Trump and worry over support for Israel becoming a partisan issue at the first AIPAC conference since the election.

“Americans across the country are retreating to ideological corners,” said Lillian Pinkus, president of the American Israel Public Affairs Committee. She would know. A year ago, Pinkus apologized on behalf of the organization after members cheered on then-candidate Trump when he called former President Barack Obama “the worst thing to ever happen to Israel.” Now, Pinkus is on a mission to stress the bipartisan nature of pro-Israel support in a time of increasing polarization in American politics.

“We cannot allow support for Israel to fall victim to the same divisiveness,” Pinkus said. “The only way to be effective is to build relationships with each and every elected leader.”

By contrast, Israel’s ambassador to Washington Ron Dermer celebrated the Trump era with a barely veiled dig at the Obama administration. “For the first time in many years, there’s no daylight between our two governments,” Dermer said. “Our alliance will get stronger in the years ahead.”

Dermer also praised Trump’s United Nations ambassador Nikki Haley for standing up for Israel, stating that America has “finally found its moral voice” in the UN.