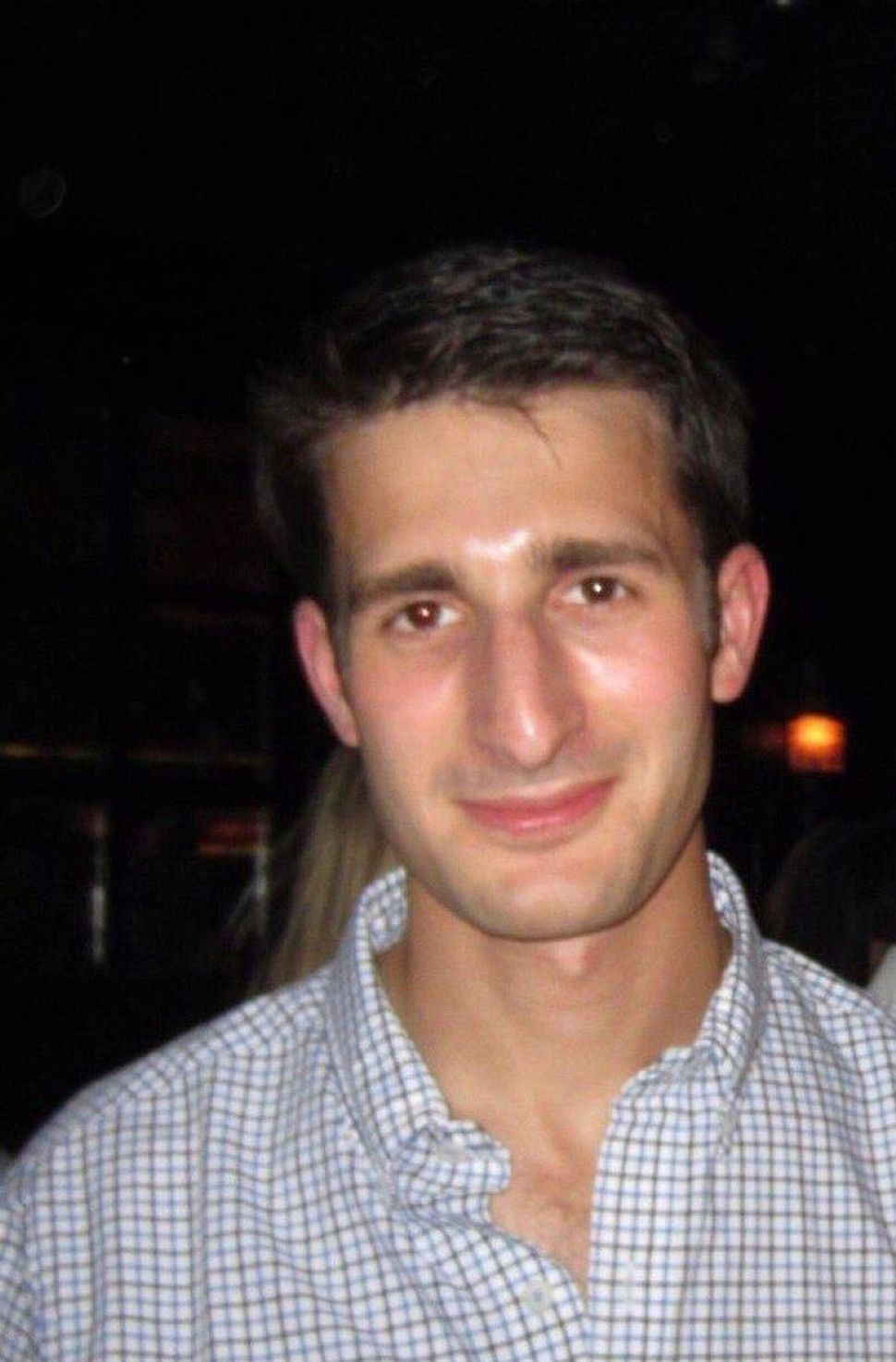 (JTA) — Ezra Cohen-Watnick has been in the spotlight recently following reports that he was the aide behind a White House leak to help back up President Donald Trump’s claim that Barack Obama had wiretapped him.

The New York Times reported last month that the Jewish senior director for intelligence on the National Security Council was one of two White House aides who leaked the information to Rep. Devin Nunes, R-Calif., the chairman of the House Intelligence Committee. The White House apparently hoped the intel, which suggested Trump campaign officials were incidentally swept up in foreign surveillance by American spy agencies, would vindicate Trump’s claim that Obama had eavesdropped on him. The Times article followed a Politico report that Trump had overruled a decision by his national security adviser, Lt. Gen. H.R. McMaster,  in order to keep Cohen-Watnick in his current position.

Trump made the wiretapping claim, without citing evidence, on Twitter earlier last month. Intelligence and law enforcement officials, along with Democratic and Republican lawmakers, responded by saying there was no evidence to show that Obama had wiretapped Trump.

According to the Times, Cohen-Watnick started to review highly classified information after Trump posted his tweet in a bid to substantiate it. He and a colleague, Michael Ellis – formerly a staffer on the House Intelligence Committee – then contacted Nunes, who was on Trump’s transition team.

A Newsweek article published Thursday looked at Cohen-Watnick’s rise in the White House. Here are some of the interesting findings from that article as well as other recent reports.

Cohen-Watnick was involved in Republican groups from an early age.

Though Cohen-Watnick grew up in the liberal neighborhood of Chevy Chase, Md., he seems to have developed conservative political beliefs at an early age. In high school, he joined the Young Republicans Club, and during his studies at the University of Pennsylvania, he was a member of the Union League of Philadelphia, which a pro-Trump columnist for Philly.com described as the city’s “iconic bastion of GOP conservatism.” Cohen-Watnick also joined a Naval Reserve Officers Training Corps course, although he later dropped out.

Some of his family friends were bothered by his “growing anti-Muslim fervor.”

As a student at the University of Pennsylvania, Cohen-Watnick helped plan a “Terrorism Awareness Week,” originally named “Islamo-Fascism Awareness Week” together with the conservative writer David Horowitz. Such “awareness week” events on other campuses, also sponsored by Horowitz, have promoted “anti-Muslim views” and featured “events with anti-Muslim activists,” according to a 2013 report by the Anti-Defamation League. Some of Cohen-Watnick’s progressive family friends “were disturbed by his growing anti-Muslim fervor, especially when they heard him express sympathy for illegal Israeli settlements and other hard-line views. Another family friend tried to persuade the young man that the Middle East was far more complicated than he thought,” according to Newsweek.

Here’s a photo of Ezra Cohen, the NSC senior director for intelligence, courtesy of a college associate pic.twitter.com/AUUnXlmvZi

Cohen-Watnick didn’t earn high praises from those DIA training program classmates who spoke to Newsweek. One source said his reputation“was poor. He was allegedly not a team player and would also ‘leak’ denigrating information about his fellow trainees” to their instructors. “While we expect each student to do their own work,” the source adds, “we also demand they develop positive and healthy partnering skills.” After a training program in Virginia, Cohen-Watnick was assigned to serve in Afghanistan. Cohen-Watnick did apparently manage to impress one important person: Gen. Michael Flynn, Trump’s former national security adviser who resigned in February after acknowledging that he had misled other administration officials, including Vice President Mike Pence, about a phone call he had with the Russian ambassador before Trump assumed office.

Cohen-Watnick and Flynn were also connected through Frank Gaffney, the founder and president of a think tank that promulgates the theory that the Muslim Brotherhood has established a “Sharia-supremacist infrastructure” in the United States in the form of mosques, cultural centers and Muslim organizations. His daughter and Cohen-Watnick were close in high school, according to Newsweek. Gaffney reportedly offered Cohen-Watnick an internship at his think tank, the Center for Security Policy, although he told Newsweek that he had not spoken to Cohen-Watnick since he was in high school. Flynn, a friend of Gaffney, later brought Cohen-Watnick to the NSC.

At the D.C.-office for the PR firm Ketchum, Rebecca Miller worked with Russia. In a 2014 interview brought to light last month by Los Angeles-based lawyer and genealogist E. Randol Schoenberg, Miller’s mother said her daughter was “responsible for providing PR and marketing to try to make Russia look better.” A Ketchum representative told Newsweek that Miller stopped working on the Russia account in 2012, but the revelations of her work may raise alarm bells due to Cohen-Watnick’s ties to Flynn, whose failure to disclose a conversation with a Russian ambassador led to his resignation. Newsweek found little other information about Cohen-Watnick and Miller’s relationship. A synagogue newsletter for Ohr Kodesh Congregation, a Conservative synagogue outside Washington, D.C.,  listed the two as having celebrated their engagement in November.