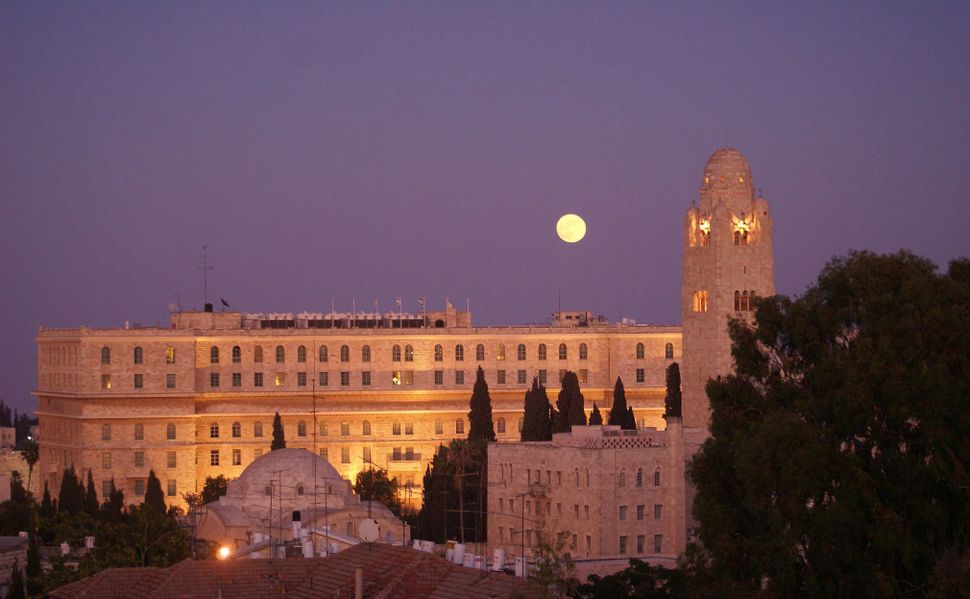 In 85 years of business, the King David Hotel has hosted emperors, kings, prime ministers and divas and on Monday it will add another historic name to its storied annals — U.S. President Donald Trump.

Perched in the heart of Jerusalem, with sweeping views of its walled Old City, its terraces surveying manicured gardens, a swimming pool and tennis court, the King David is a byword for elegance in the world’s holiest city. Its ornate drawing rooms, wood-paneled bars and gilt-edge mirrors are redolent of the ’30s when it was built.

Whether Trump, a former property magnate, and wife Melania end up in the royal suite, presidential suite or another of its pillow-stuffed rooms, chances are the decor will make them feel at home, evoking their penthouse apartment in Manhattan.

Sheldon Ritz, the hotel’s director of operations, has promised that the president, his wife, daughter Ivanka and son-in-law Jared Kushner will receive every comfort during their one-night stay, while also guaranteeing “a lot of security.” 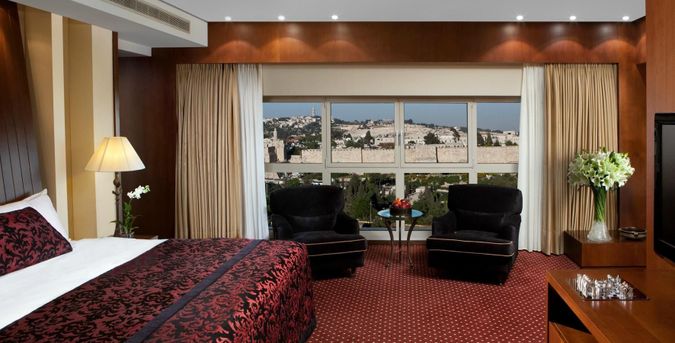 King David Hotel Plumped up pillows, an incomparable view of Jerusalem and a chess set that may be unused by Donald Trump. Image by Courtesy of King David Hotel

The hotel’s renowned chef has said they are prepared to cook Trump any kind of dish, his favorite meatloaf included, although his menu also promises veal sweetbreads, escalope and terrine of goose liver and fillet of beef with porcini sauce.

The King David was built in the 1930s by Ezra Mosseri, a wealthy Egyptian Jewish banker, who wanted to create an enduring symbol of luxury in what was then British Mandate Palestine, with the architecture evocative of the region.

Over the years it has hosted heads of state displaced from their homelands, including Ethiopian Emperor Haile Selassie, who was driven out by Italian fascist forces, King George II of Greece, who fled the Nazis and set up a government in exile from the hotel in the 1940s, and King Alfonso XIII of Spain.

The most dramatic – and traumatic – moments for the hotel came in the 1940s, when British forces set up their military headquarters there during the mandate of Palestine.

In July 1946, militants from the Jewish Irgun paramilitary group, bent on driving the British out of the region, bombed the hotel, killing 91 people, including Arab and Jewish staff and 28 British citizens, among them high-ranking officers.

During his stay, Trump will hold talks with Israeli Prime Minister Benjamin Netanyahu and travel to Bethlehem, in the Israeli-occupied West Bank, to meet Palestinian President Mahmoud Abbas. He has expressed hope of restarting Middle East peace talks, although the prospects remain dim.

One lasting legacy, however, will be the opportunity to write a message and sign his name in the King David guestbook. The hotel then engraves some of the signatures of famous guests in its marble hallway – and Trump’s, Ritz said, will be added next, joining President Barack Obama and Arnold Schwarzenegger.