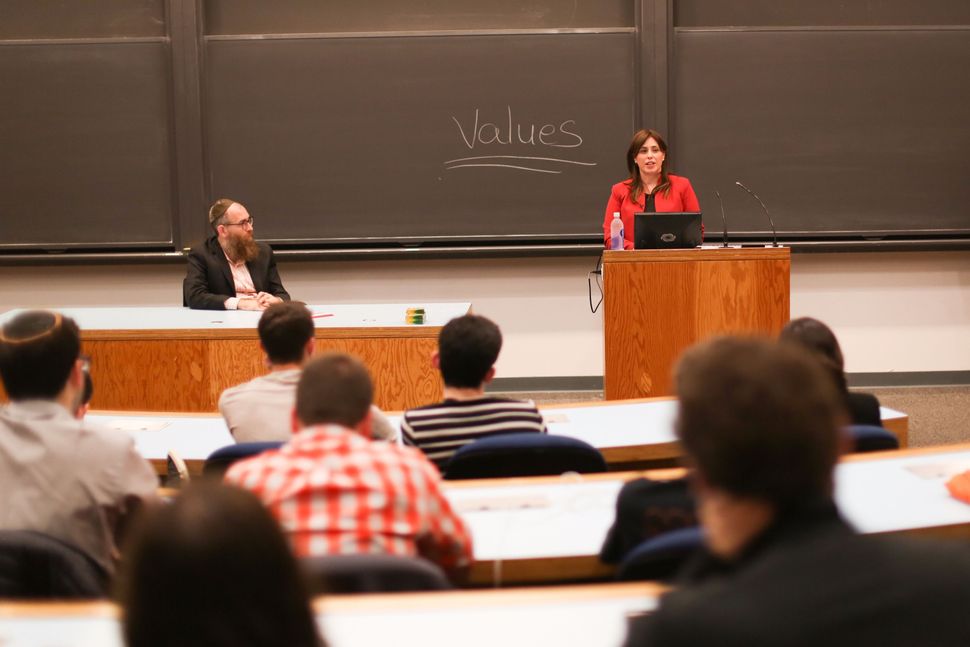 In an unusual role reversal, a university Hillel canceled a speaker due to pressure from a left-wing Jewish student group — but now the Hillel has apologized for doing so.

Princeton University’s Hillel decided not to host an event featuring Israeli Deputy Foreign Minister Tzipi Hotovely when the Alliance of Jewish Progressives claimed that Hotovely violated Hillel’s standards for Israel-related events, which state that Hillel will not sponsor speakers who “foster an atmosphere of incivility, intend to harm Israel, or promote racism or hatred of any kind.”

The alliance cited a Knesset speech in which Hotovely told Arab colleagues, “You are thieves of history. Your history books are empty, and you are trying to co-opt Jewish history and Islamicize it.”

Standards on Israel-related events set by local campus Hillels and by Hillel International have been the subject of controversy, as they have sometimes been used to prevent anti-Zionist and some left-wing Jewish speakers from appearing at one of the main hubs for Jewish life on campus. However, this may be the first time that a right-wing Jewish speaker has not been able to speak because of those standards.

Leaders of AJP told Haaretz that they were concerned about the “hypocrisy” of the Center for Jewish Life’s application of the Israel standards toward left- and right-wing speakers. “We are grateful to Hillel for hearing our concerns,” they said.

Open Hillel, the student-run pressure group that advocates for the abolishment of Hillel International’s Israel standards, said in a statement that they “oppose the censorship of MK Tzipi Hotovely” — but seized the moment to criticize the standards. If Hotovely should be able to speak, so should a range of other speakers, the group wrote.

The Hillel director, Rabbi Julie Roth. wrote to the Israeli Consulate in New York on Monday, stating that she had decided to postpone the program to ensure that Hotovely did not violate its guidelines.

On Wednesday, she and Hillel International CEO Eric Fingerhut apologized in an open letter in The Jerusalem Post.

“This is an isolated incident — and Hillel International stands squarely behind the value of hearing from the Jewish state’s elected leaders,” they wrote.

The Hotovely event was moved to a lecture hall organized by Princeton’s Chabad House. Around 100 people attended, including students who pushed to have the Hillel event canceled.

“By canceling this lecture, you are infringing on the fundamental academic freedom of the students,” Hotovely had written in response to Roth’s cancellation. “You are denying the basic freedom of students to hear different points of view, to question, challenge and think for themselves.”

Hotovely talked with students on topics like the disparity in Israeli and Palestinian deaths during conflict, and the contention that Israel is an apartheid state. At the end of her lecture, government-published pamphlets were available, praising the Jewish state and justifying Israel’s settlements in the West Bank.

During her remarks, many students held signs saying “MK Hotovely, I respectfully disagree,” according to The Daily Princetonian.

But others were happy with how things ended. “I feel so blessed that this was able to occur,” student Kirsten Keels told The Daily Princetonian. “It is a true statement of free speech and makes me want to know more about this issue.”