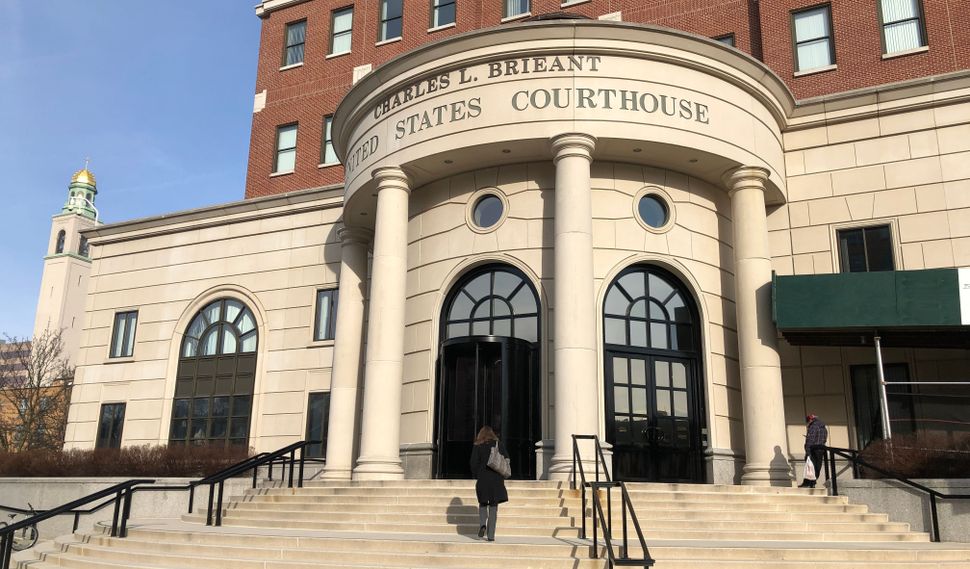 A federal judge ruled that a majority-Orthodox school board in the suburbs of New York City violated the Voting Rights Act and ordered it to adopt a new voting system before its next election in order to foster more equitable representation of the community’s Jewish, Black and Latino populations.

In an almost total defeat for the East Ramapo Central School District, Judge Cathy Seibel of New York’s Southern District found that its “at-large” method of voting disenfranchised Black and Latino voters. Members of those groups brought the suit, led by a local chapter of the National Association for the Advancement of Colored People, which charged that the area’s large Orthodox Jewish population used the at-large system to vote as a bloc, maintain a majority on the board and privilege the needs of their own private schools over the racially diverse public schools.

“For too long, black and Latino voters in the District have been frustrated in that most fundamental and precious endeavor,” wrote Seibel, who also ordered that the defendants pay the plaintiffs’ fees — a sum that Perry Grossman, a lawyer who represented the NAACP in the case, estimated would be at least $4 million, on top of what they’ll pay in their own lawyers’ fees. The board’s approved budget for the 2019-2020 school year was $240 million.

The ruling caps years of litigation over the district, which includes the rapidly growing Orthodox enclaves of Monsey and New Square in New York’s Rockland County. For over a decade, the board had pursued a policy of balancing its budget without raising taxes by cutting teachers, aides and after-school programs in public schools. The savings paid for the state-mandated school transportation budget, which had swelled due to Jewish population growth.

The trial, which took place in February, churned up complex questions of race and identity in the area, where the Orthodox Jewish population has exploded in recent decades. But because it was a voting rights case, it turned on the minutiae of demographic data in the area in addition to the matter of whether Orthodox Jews can be considered a “white” majority.

Seibel did not find any evidence of “racial animus,” or “official discrimination” or even “racial appeals” in campaigns or election ads. But the law does not require her to do so in order to rule against the District: Plaintiffs in Voting Rights Act cases do not have to prove intent when showing evidence of disenfranchisement, only that the voting system in place privileges a racial majority at the expense of racial minorities.

The District said it might release a statement later on Tuesday as to whether they will appeal.

David Butler, lead attorney for the District, said in his opening argument that the election results reflected honest “policy” disagreements between Orthodox Jews and others over issues like transportation and tax rates — a matter of concern for large, single-income Hasidic families — and that the area’s divisions were not about race.

“This is not to say that the white bloc voters harbor conscious racial animus,” she wrote. “But if we assume that the white ‘private school community’ votes as it does to reduce taxes, it would deny reality to pretend that its members were unaware that the students to be negatively affected by their votes are overwhelmingly children of color.”

The NAACP also claimed that the Orthodox community employed a “slating” system to handpick and generate votes for candidates, including black and Latino people, who would uphold their communities preferred policies — and Seibel agreed.

Her ruling discussed, for example, the existence of a group of people who took it upon themselves to find potential board candidates, as well as testimony from Orthodox former board members who said the community would likely vote for whoever their leaders endorsed — the skating organization.

Seibel also drew on the rhetorical and, in one case, literal evasiveness of these witnesses as reason to believe in the existence of a slating organization.

Describing the many attempts of one witness — Rabbi Yehuda Oshry, a yeshiva administrator considered to play a role in selecting Orthodox-backed candidates — to evade testifying, up to the point where Seibel briefly issued a warrant for his arrest, she wrote that his “defiance” betrayed a “remarkable reluctance” “to admit the obvious existence of the slating process.”

During the trial, Seibel lost her patience at multiple points with Orthodox witnesses who responded “I do not recall” to extended periods of cross-examination. She wrote that Harry Grossman, a former board chair, lied multiple times on the stand — an accusation she made in court, during his testimony. to the shock of those watching the proceedings.

“He seems to have no compunction about compromising his legal obligations when it suits his purposes,” Seibel wrote of Grossman in her ruling, pointing to, among other things, text messages where Grossman appeared to deliberately attempt to mislead board members of color about the purpose of settlement discussions in the case. “I found Grossman to be one of the more incredible witnesses I have encountered,” Seibel added.

It’s not clear when the District could hold its 2020 elections, which were scheduled for June 9, having already been postponed by the coronavirus pandemic. The District has 30 days to propose its mandated ward system, while the plaintiffs have 30 days after that to respond. Seibel wrote that she will retain the power to make sure the District complies with her ruling. She left the door open to the two sides to create the plan in concert with one another, noting that, in pre-trial settlement talks that she strongly encouraged, there were “some apparently sincere attempts at agreement.”

Seibel acknowledged that her ruling may not change the overall quality of East Ramapo’s schools, which have seen lower graduation rates since the board became majority-Orthodox over a decade ago. But, she said, the purpose of the Voting Rights Act was not to achieve any particular outcome other than the one of fair representation.

Grossman, a senior staff attorney with the New York Civil Liberties Union, said that he hoped Seibel’s ruling would do more than that, and actually improve the schools. The state had already tried to do so by appointing monitors to the district, but having an elected representative will be more effective, he said.

For the District’s black and Latino residents, Grossman said, “This is an opportunity to be seen and heard, when they really haven’t been for the last 15 years.”