Why Deal To Free Gilad Shalit Was Smart 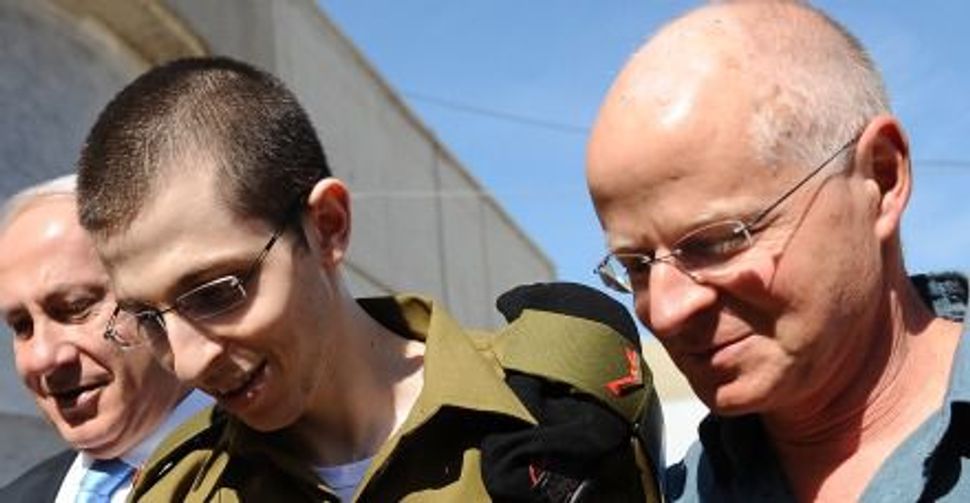 You didn’t have to be a great lover of Israel to get choked up at the sight of Gilad Shalit walking unsteadily into the sunlight of freedom October 18, after five years of being locked in a hole somewhere in Gaza. At the same time, you couldn’t miss the anguished second-guessing that dominated public discussion of the deal, both in Israel and pro-Israel circles here in America.

You know the arguments: On one hand, freeing 1,027 convicted terrorists to kill again; strengthening Hamas against the more moderate Fatah, and, worst of all, encouraging future kidnappings. On the other hand, that poor Jewish boy and his family. Israeli Strategic Affairs Minister Moshe Yaalon summarized the debate nicely in an October 13 television interview: “My heart says ‘yes,’ but my head says ‘no.’”

Then how could Israel agree to such a lopsided deal? In fact, why was Yaalon one of only three ministers to vote “no” (along with foreign minister Avigdor Lieberman and rightist firebrand Uzi Landau), while 26 voted “yes”? Have they all lost their heads? What happened to brave little Israel?

What happened was that the government made some hard calculations, and the math came out in favor of the deal. Contrary to Yaalon (a former military chief of staff who is at odds with his ex-colleagues on virtually every article of Israeli defense doctrine), Israel’s leadership didn’t view this as heart versus head. To quote Shin Bet director Yoram Cohen, one of Israel’s lead negotiators, “This was the best deal possible.”

It’s a good deal in two ways. For one, the security risks are not nearly as great as critics claim. More important, it’s a vital strategic move for Israel.

First, the security risks. After years of wrangling, Hamas lowered its demands to 1,000 prisoners from 1,500 and agreed that Israel would pick the names, based on its own risk assessments. Hamas also agreed, after refusing for years, that more than 200 prisoners would be exiled, not sent home. Only about 100 will be let back home in the West Bank, where they’ll be barred from traveling abroad or entering Israel for a decade and required to check in with the Israeli army every month or be re-arrested. Between army visits, they’ll face the mercies of the Palestinian security forces, who are not the same sympathetic countrymen the terrorists might remember from pre-prison days.

That leaves about 200 released into Gaza, where they can theoretically return to killing Israelis if they can get across the fence. On the other hand, right now “there are 20,000 Izz al-Din al-Qassam fighters in Gaza,” Cohen told a press briefing, referring to Hamas’s armed wing. “Another 200 terrorists won’t bring the world crashing down on us.”

One of the hardest pills for Israel to swallow was the trading of six Israeli Arabs. These were not foreign fighters interdicted in an ugly war, but Israeli citizens who violated their own country’s laws and trust. Freeing them in a prisoner swap sets a terrible precedent. Can you imagine if Israel demanded that the United States free an American citizen who had — um, never mind.

So much for the not-so-bad. Now for the good: Israel needed to make this deal — not despite its security needs, but because of them.

First of all, rescuing captured soldiers isn’t tenderheartedness; Israel’s survival depends on it. Its citizens must don uniforms and risk death repeatedly for the sake of their country. They need to know that their country has their back. It’s that simple. The army’s morale is Israel’s most important weapon, strategically speaking. And given the turmoil in Egypt, the key intermediary, the window to Shalit’s freedom might have been closing. He could have been lost forever, like aviator Ron Arad. That would have been devastating.

Second, freeing Shalit is a critical move in an elaborate, multilateral chess game aimed at isolating Iran. The Islamic Republic has been hurt by the events of the Arab Spring. Its one real ally, the Assad regime in Syria, is on the ropes. Its Sunni client militia, Hamas, is being forced out of Damascus and seeks a new home. Popular discontent on the Arab street, Iran’s greatest hope, is being replaced by rising Sunni Islamism, its worst nightmare. You can tell they’re panicking in Tehran by the harebrained schemes they’re concocting in Washington.

Hamas hopes to relocate to Egypt, where its parent movement, the (Sunni) Muslim Brotherhood, is newly ascendant. But the Brotherhood’s future prospects depend on getting along with the army. The army may or may not permit elections, much less let the Brotherhood win. Mostly, the Egyptian army doesn’t want trouble with Israel. The Brotherhood can spread its influence on the home front as long as it leaves the neighbors alone.

Shalit said it best in his Egyptian television interview: His release was made possible by the new Egyptian regime, which intends to have good relations with both Hamas and Israel.

Does this mean we can expect Hamas to play nice? Not if Hamas can help it. This is about a bigger game: forging an arc of pragmatic Sunni Islamist regimes, led by Turkey, Saudi Arabia and Egypt, to confront and contain Iran. Critically, they’re determined to maintain their alliances with the West. One essential ingredient is putting the Israeli-Palestinian conflict behind them so they can worry about their big problem. That’s the reason for the Saudi/Arab peace initiative, adopted in 2002 and reaffirmed in 2007: Find a deal that gets the Israelis and Palestinians out of each others’ hair and off the Arab world’s TV screens, and move on. They want to change the architecture of the Middle East from Muslims versus Jews to Sunnis and friends versus Shi’ite radicalism. None of it could begin until Gilad Shalit went home.

Given all that, why does it seem like any sensible friend of Israel opposed the deal? That’s a topic for another column. For now, think about this: Many of the most outspoken advocates for Shalit’s release are now the most vocal opponents of the deal. Some folks will say anything if it makes Arabs look bad and compromise seem impossible.

Why Deal To Free Gilad Shalit Was Smart