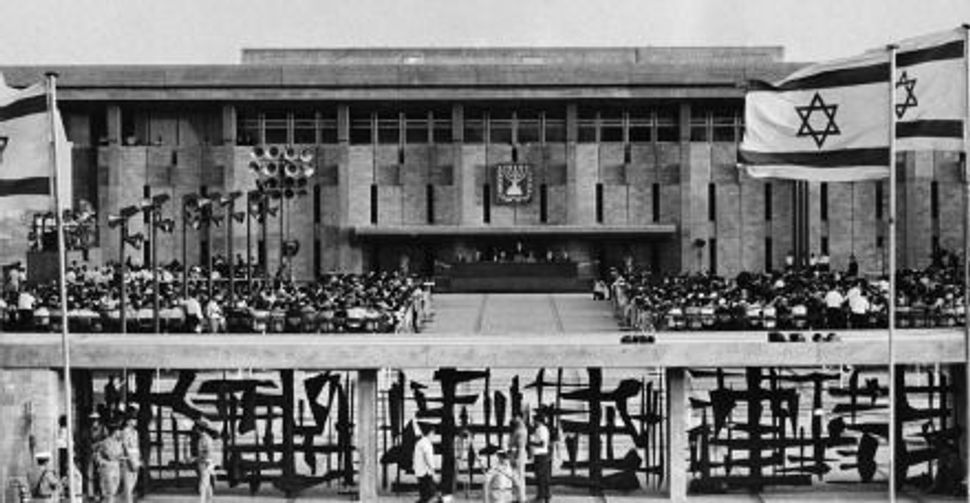 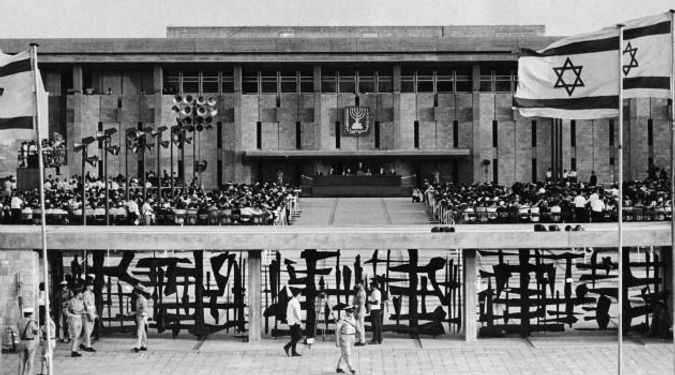 Spring Forward: As they emerge from the Arab Spring protests, Muslim countries are casting about for models of democracy. They need look no further than their neighbor, Israel. Image by getty images

As the countries and peoples of the Middle East seek to forge their political futures, they, or at least some of them, are searching for models of democracy that they can follow.

Of course, they can look to democratic theory, but how many ordinary people will crack open John Locke, the Federalist Papers, or John Stuart Mill? They can turn to the ever-available United States, with its 200-plus years of experience, for inspiration. But what does that colossus have to do with the radically different domestic situation in each of these countries? As for Europe, the past century makes it clear that it does not offer a distinguished record of democratic success, especially during times of stress.

The most obvious candidate bandied about, no less than by its own president, Recep Tayyip Erdogan, is Turkey, a relatively moderate, predominantly Muslim country that has one foot in the Middle East and a second foot trying to plant itself in the European Union. Perhaps Turkey can serve as a model of democracy and politicized religion coexisting — and what it has to offer should be paid attention to — but its own record is checkered.

Both the toughest test and a hallmark of democracy is how a country deals with social and political conflict, with competing visions of how society should be organized. In this critical respect, Turkey has not done well. Its military has meddled in politics, including ousting a prime minister in 1997. It has brutally suppressed a minority, the Kurds, destroying an estimated 3,000 villages and expelling more than 300,000 from their homes, while slaughtering perhaps 30,000 during the 1980s and ’90s.

Turkey has criminalized telling the truth about the Turkish past — especially about the Turks’ genocide of the Armenians — and about central aspects of the Turkish present. It jails journalists, or anyone, for writing or speaking critically about Turkey’s policies in Cyprus, or for denigrating “the Turkish nation.” Sure, Turkey looks good when compared with Iran, but by any reasonable standard of democratic success, it must be judged harshly. Freedom House ranks Turkey as only “partly free.” And regarding women, its record is deplorable, ranking near the bottom of the World Economic Forum’s Global Gender Gap Index of 2011.

Turkey has been raised up as an exemplar, in part because it’s in the neighborhood and its system is known.

But there is a better model available that meets these criteria, even closer and much better known to the countries of the Arab Spring: Israel. That’s right, Israel.

It is hard to think of any other country and any other people that has endured such intense pressures, facing nonstop existential threats ever since its founding. It has fought many wars with external foes. It has had conflict within, owing to the presence of a highly disgruntled Palestinian minority that is, to say the least, exceedingly critical of Israel, finding the establishment of the state itself unjust.

It has absorbed hundreds of thousands of new immigrants: Between 1948 and 1950, it almost doubled its population. A large percentage of these new citizens lacked education and came from Middle Eastern countries that had far lower levels of economic and technological development; and for many of these immigrants, democracy was an utterly foreign concept. Israel has a significant minority of deeply religious people, with 8% of them being ultra-Orthodox that reject modernity, want their lives and the lives of others to be governed by religious law, and have essentially opted out of the broader society.

And it harbors a broader, powerful religious right that would like to curtail certain civil liberties, and that indeed currently poses new challenges to Israeli democracy. It has undergone any number of difficult economic times, has had to spend a crippling 8% of gross domestic product on defense over the past 15 years (before that it was much higher, 12%–16% from 1989 to 1992) and has had to endure not only the military and diplomatic wars, but also sustained periods of terrorism and consequent death tolls, the likes of which no Western country has experienced in the past half century.

Yet despite all these features, which would tend to weaken or imperil democratic institutions, it is hard to think of any country that has maintained at home such a robust and vibrant democracy. It would be a mistake to lose sight of this, even after what could be seen as a spate of recent anti-liberal bills proposed in the Knesset.

Israel has absorbed the immigrants much better than the United States or any European country has. It has respected the rights of its minorities in a flawed but still reasonably tolerable manner. It has found a way to allow for deep religiosity of people of different faiths while not allowing religion to take over politics and the state.

Indeed, with the possible exception of the United States and Britain, there probably has been no more successful democracy in our time, because the strength of any democracy, whatever its other failings, is its capacity to maintain its stability and to function during times of stress, conflict and crisis. Which country, especially given the degree of difficulty, has done better by this measure?

The Arab elites and peoples now seeking to refashion their countries are enormously familiar with Israel and its flaws and strengths. If they would put aside their wild anti-Semitic agitation and their demonization of Israel for a moment, they would see that the Jewish state provides them a model to emulate, one that offers tangible help for them to construct workable democracies that — and this is critical, and where Turkey falls short — respect civil, political and social rights in their own countries. Freedom House evaluates Israel as fully “free,” giving it the highest score on political rights and its second-highest score on civil liberties.

In fact, the people who know Israel best, the Palestinians, have learned the most from Israel’s school of Middle Eastern democracy. As a result, they are almost certainly the most democratically oriented Arabic people in the Middle East and have developed the most robust democratic political culture among the Arab peoples. Indeed, in a recent poll, more Palestinians of East Jerusalem, despite all the intense pressures to want to secede from Israel and be part of a Palestinian country when formed, say that they prefer remaining in Israel to becoming citizens of Palestine.

Strange as it may sound, Israel is a model — for all its flaws and the discrimination that it practices against its Palestinian citizens, who are, by any reasonable meaning of the phrase, second-class citizens — for constructing a working democracy that guarantees the fundamental rights of its people, including women and sexual minorities. Indeed, Israel should be the model.

It incorporates a discontented minority population. It allows for, but does not get overwhelmed by, a deeply religious anti-modern minority (of Jews). It has a powerful military that is subject to civilian control. It guarantees rights. There is the rule of law and powerful, independent judicial review of governmental and legislative action. It allows for pluralism and freewheeling politics.

And it focuses on the business of any state and society (aside from security): educating its people and developing its economy.

Which of the non-authoritarian Arab elites, which of the nonpolitical Islamic Arab populaces, which of the progressive Arab media members can look upon Israel honestly — whatever their criticism, even hatred of its military triumphs and its policies towards Gaza and the West Bank — without admiration for its domestic and democratic achievements? Which of them can honestly say that they could not learn much from Israel and Israelis, Jews and Arabs alike? Which of them can honestly say that they would not love to have such a robust democracy and society as the one the Israelis have built and sustained, despite all the intolerable pressures and huge challenges?

Daniel Jonah Goldhagen is the author of “Worse Than War: Genocide, Eliminationism, and the Ongoing Assault on Humanity” (PublicAffiars, 2009). He is writing a book on contemporary anti-Semitism.