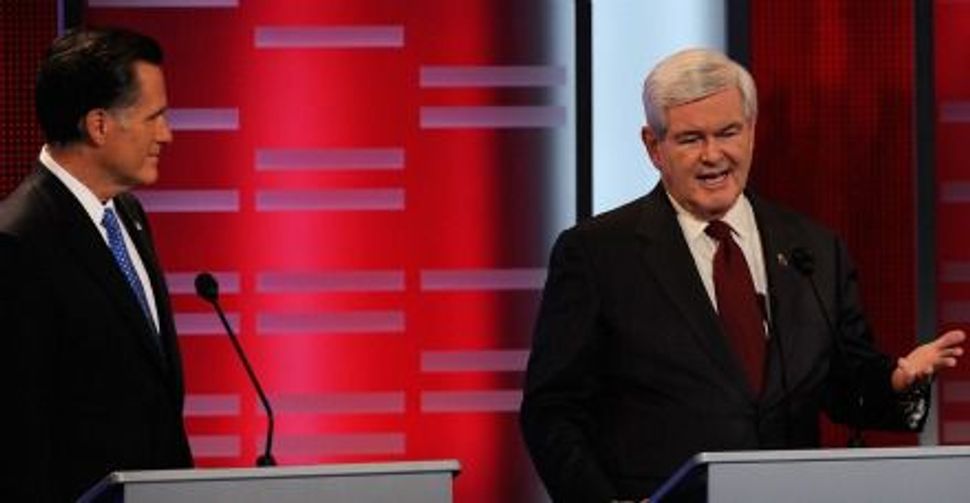 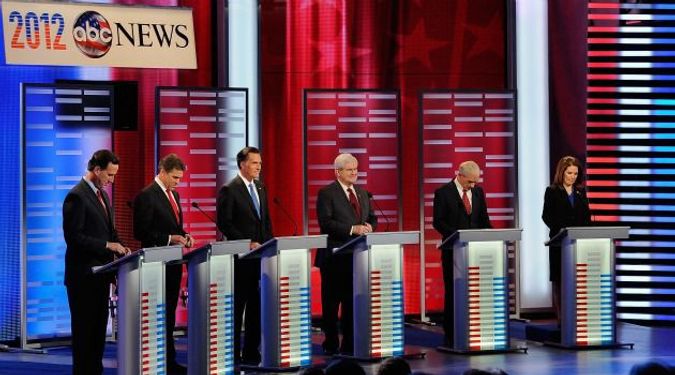 The Republican presidential contenders have campaigned hard for the pro-Israel vote. Recently they each made bold promises of fealty to Israel while addressing the Republican Jewish Coalition (save for Ron Paul, who wasn’t invited) and sparred verbally, not just over whether the United States should support a Palestinian state, but over whether the Palestinians were even a real people. This is not a late-breaking item. For several years, Republican candidates or possible candidates have visited Israel, voiced support for Jerusalem as its capital, expressed solidarity with the settlers and generally been about as hawkish as Menachem Begin.

Pro-Israel worrywarts fret that all this attention is a mixed bag. Sure, they welcome the love, but they caution that all this neo-Zionism threatens the bipartisan pro-Israel consensus. Not only that, the Republicans may well be painting a policy picture that is impossible to deliver.

On the first issue, the concern is both misplaced and too late. The Republican love affair with Israel, which began in earnest with Richard Nixon, has deep roots in the 50 million-strong evangelical community. The Democratic love affair with Israel, which dates back to Harry Truman, draws its sustenance from Jews and labor unions, at least for now.

That these disparate groups have not much to do with each other besides philo-Zionism doesn’t trouble me. There are plenty of strange coalitions in Washington around issues such as immigration, race-based redistricting and HIV/AIDS programs in Africa. So, why shouldn’t Israel have a motley group of fans? To put it more bluntly, why should abortion rights or gay marriage matter when it comes to who gets to support Israel?

The second concern — promising the unrealistic — is more serious. People running for president must realize at some point that they might win, and if they do, their promises will become their bond. Republican candidates offering to make major changes in U.S.-Israel policy therefore have to contend with the serious charge of policy unseriousness.

Moving the U.S. embassy to Jerusalem, for example, is an evergreen promise, but actually doing so would end any pretense that the U.S. is neutral on whether Jerusalem could serve one day as a capital city to the Palestinians. Observers of the peace process may well see such a move as the end of the peace process. Whether on settlements, right of return or Jerusalem, an American position of relative neutrality (or even hostility) to Israeli government policy is an important lever in the peace process, goes this argument. If the U.S. ever sides with Israel on these issues, the Palestinians and their Arab supporters would conclude that there will be no negotiated solution, and therefore only war would suffice.

Yet the Republicans can easily counter: So what? The U.S. has held back from moving the embassy to Jerusalem, but to no effect. The U.S. acts offended each time Israel builds a new house east of the Green Line, but those protests do not bring Palestinians to the peace table.

Truth be told, the Republican promises to reshape U.S.-Israel policy may be dramatic, but they are hardly unserious. If one considers the behavior of the Palestinian leadership and the Palestinian people, the current or next U.S. president is perfectly within his or her rights to conclude that the Palestinians are not prepared to accept the basic outlines of a two-state solution.

Take the so-called right of return. Palestinians believe that they will return to the towns and villages of their grandfathers. This belief has no support in reality or in precedent. War refugees from countless conflicts throughout human history are resettled in other places. Resettlement is not a pain-free process, but it is often done effectively. By allowing Palestinians to continue to assert a right of return, U.S. policy — supported by U.S. tax dollars — ruins the lives of millions of third-generation refugees and undermines the ability of Palestinians to focus their efforts on building an actual state in Gaza and most of the West Bank.

On other issues, whether they are settlements, Jerusalem and even incitement, the parties to the conflict have already chosen their paths. It might be refreshing for an American president to say what is, in fact, true about the Israel-Arab conflict: that one side won and it is time for the losing side to accept defeat. The winning side wants to make peace and the losing side should accept the offer. And in war, the winning side can choose the terms of such a peace.

Most people won’t want to hear these things. But saying them out loud may prove far more effective than the current approach, which has given us a process without peace, and plenty of empty promises.