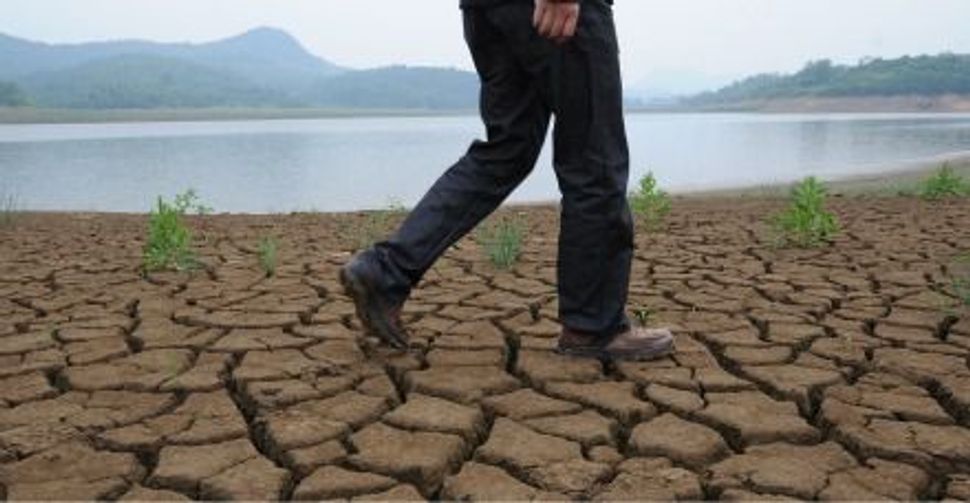 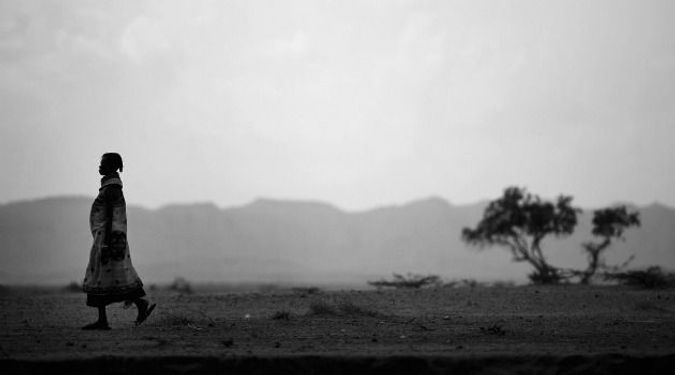 Reason To Vote: Climate change is already turning swaths of the world into wasteland. If that isn?t reason enough to vote in 2012, what is? Image by getty images

I was planning to write this week about some startling news regarding Jewish day schools, but an incident over Shabbat changed my plans. At dinner with friends, I was surprised to find that nearly everyone present saw President Obama as hostile toward Israel. Here was a liberal-leaning, Upper West Side crowd, yet most hoped for an electable Republican candidate.

It won’t surprise you that I disagree with that assessment of Obama. His most controversial views, like “based on the 1967 borders” and “get to the damn table,” are actually much closer to mainstream Israeli defense doctrine than Bibi Netanyahu’s positions. But that’s not what bothered me last Shabbat. After all, friends can disagree, and my friends raised some strong points.

No, the conversation unsettled me because it brought to mind a news story I’d read that morning about giant plumes of methane gas, some of them a half-mile wide, found entering the atmosphere through the melting Arctic ice cap. Let me explain.

Methane is between 20 and 70 times more powerful (depending on how you measure) than carbon dioxide at trapping heat in the atmosphere. The release of the methane beneath the polar ice is a longtime climate scientists’ nightmare. Now that it’s happening, the global warming process enters a new phase, a feedback loop where the process feeds on itself, accelerating geometrically as one crisis begets another.

An article in The New York Times the next morning described a separate methane leak via the thawing of the permafrost, the frozen Arctic tundra just south of the polar sea ice. In other words, the warming of the Arctic is releasing methane through two different portals, the thawing tundra and the melting sea ice. The seriousness of the permafrost leak is uncertain. Not so the undersea methane. Either way, current estimates of how hot things will get and how soon are due for recalculation.

As it happened, a United Nations conference on the climate — the 17th in 20 years — had ended in Durban, South Africa, just five days earlier. Delegates called it a breakthrough. For the first time, developing countries like China and India have agreed to begin limiting their carbon emissions, even though it could slow the economic growth lifting them out of poverty. Up to now they’ve demanded that industrialized nations bear the brunt of curbing emissions, since the rich nations produced most of the carbon already in the atmosphere. Equally important, the conference voted to adopt some sort of legally binding system for ensuring all nations cut emissions. Nobody knows how it would work, but the thought is bracing.

The bad news: The Durban goals are barely adequate to avoid the catastrophe scientists see looming, and it’s unclear even these goals are politically feasible. All along, negotiations have foundered over the unwillingness of one nation, the United States, to take climate science seriously. Somehow, a nation that goes to go to war over Dick Cheney’s famous 1% chance of a terrorist threat won’t retrofit its power plants on a 90% chance we’re choking the planet.

We’re the world’s biggest economy and still the biggest carbon dioxide emitter. Without us, the most ambitious global plans will fail. To most of the world’s scientists and leaders, the planet is barreling toward disaster and America is preventing a rescue plan. And that’s without counting methane.

The last major international plan, adopted in Kyoto in 1997, committed the 40 richest nations to voluntary carbon reduction targets through 2012. Thirty-nine agreed and got to work. Guess who refused.

What would disaster look like? No need to guess: It’s already begun. The last few years have seen a sharp increase in severe weather — droughts, flooding, unusually intense hurricanes and tornadoes — that scientists are 90% certain results from man-made climate change. Island nations are slowly succumbing to rising sea levels. Tropical diseases are migrating north into populous temperate zones. Vast regions of Africa are turning arid, bringing mass starvation. A cover story in Newsweek last May looked at how American cities and counties were preparing for the changes underway: retrofitting roads and sewage systems to escape rising seas, helping farmers find new crops for warmer climates and changed growing seasons, coping with unfamiliar pests moving into new habitats, even moving entire shore communities inland. The feds aren’t dealing with it because Congress doesn’t believe in it, so it’s up to the counties.

The convoluted agreement adopted in Durban bears mute testimony to the world’s Washington problem. If Democrats regain the House next November, global rescue plans shift into high gear. If Republicans capture the White House, watch for a run on penicillin and scuba gear.

It’s going to be a close election. The result will likely hinge on a few thousand votes in Florida, Pennsylvania and Ohio. And that’s what troubled me walking home from Shabbat dinner: If this is what they’re saying about Obama on the Upper West Side, what are they saying in Boca Raton? Remember, we’re only talking about a few thousand votes.

Lovers of Israel often say we should worry about our own problems and let the world look after itself. Usually that has some logic. Right now, though, the world is our problem.