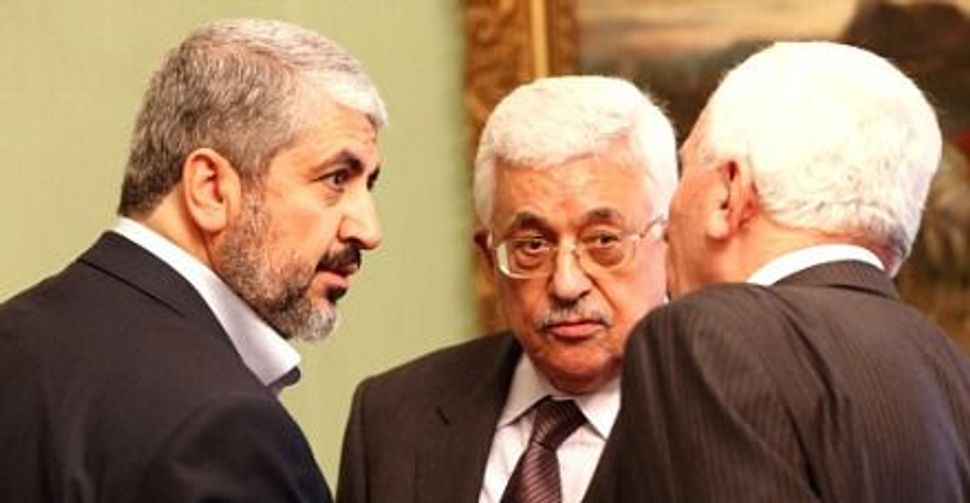 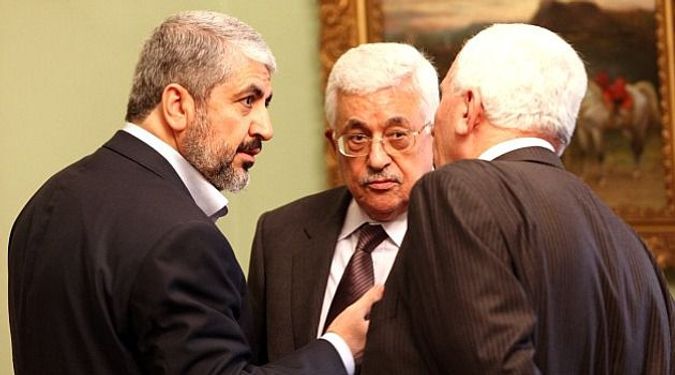 Time Is Now: Hamas is showing signs of being open to dialogue with the West and Israel. It would be counterproductive to rebuff them, Nicolas Pelham writes. Image by getty images

It is easy to despair of diplomacy. The Mideast peace process is moribund, homegrown grassroots forces sweep the region and topple familiar old allies, America retreats from Iraq leaving the fires it ignited still aflame, and even the region’s weakest and most indulged leaders, Mahmoud Abbas and Benjamin Netanyahu, turn their backs on compromise, defying the world’s only superpower. All told, with America’s initiatives in the region dogged with defeatism, this hardly seems an auspicious moment for its Jews to launch their own.

But one area from which American Jews have recoiled could yet yield significant dividends: diplomatic engagement with the region’s ascendant Jewish and Muslim national-religious movements. It is easy to understand the aversion. Both employ heinous means contrary to the liberal values on which most American Jews are raised. One has slain thousands of Israeli Jews in a violent uprising, the other counts an Israeli prime minister amongst its victims. Though their leaders may have modified their methods, they justify past crimes, and continue to harm civilian life and property.

But as a political rather than emotional calculation, the high-hobby horse approach to resolving conflict is naïve. Just as Palestinians and their supporters should understand the seismic shifts inside Israeli politics if they are to have any hope of reaching an accommodation with them, so a Jewish understanding of the upheaval in Arab and Palestinian society is equally vital. Boycotts and bans on engagement will not narrow the gaps.

They are also counterproductive. In Israel and Palestine, disengagement has created a vacuum, which national-religious forces on both sides have quickly filled. At the ballot box, in the bureaucracy and on the battlefield the religious right is reshaping the region’s geopolitical map.

Under Hamas, Gaza has dug itself out of the manmade humanitarian crisis created by Israel’s siege, burrowing underground trade routes to Egypt. It has sloughed off the drug of donor dependence, and through entrepreneurship turned Gaza — long dismissed as a ungovernable write-off — into a budding, orderly business concern. Meanwhile the standing of the West’s “moderate” secular-minded favorites in Israel, Palestine and much of the Arab world, shrinks to the point of irrelevance, if not collapse. External powers seeking conflict resolution increasingly operate in a virtual reality, shuttling between the forces the Western powers wished could determine the outcome, not those who do.

One might have thought that the stronger the national-religious forces grow the less need they would have of friendly ties with the West. Nevertheless, there are a number of indicators that suggest that this is an unusually auspicious juncture for launching a dialogue:

There is another internal reason for the Jewish Diaspora to intervene, rooted in the worldview it seeks to project. In a world where Jews struggle to fend off an escalating campaign delegitimizing Israel, outreach to the Muslim world — even if ultimately unsuccessfully — will counter the perception of a rejectionist navel-gazing Judaism and provide a living example of the religious values of tolerance which America’s Jews like to celebrate.

Engaging in dialogue does not make one an Islamist, any more than President Reagan’s initiation of the START talks with the Evil Empire made him a communist. But it can inject much needed fresh thinking.

What form could such engagement take? Religious and lay Jewish leaders could consider partnering with their American-Muslim counterparts and together conducting a tour of North Africa, Gaza, the West Bank and Israel, meeting interlocutors in the open where possible, and in private where not. Not only would a joint delegation offer a pluralist model, it could help offset bigots who might otherwise slam their doors shut. The purpose would be short on specifics. Delegates would listen not lecture, and refrain from setting ideological hoops designed to confront and exclude. They would not engage in the nitty-gritty of negotiations, but could promote measures of mutual benefit to religious movements, such as an accord on freedom of access and movement to pilgrimage sites, both Jewish ones under Muslim control and Muslim ones under Jewish.

In what is increasingly characterized less as an Arab Spring than a regional religious winter, engagement with national-religious movements offers hope of breaking the ice. It could delay the day Egypt’s ascendant Islamist politicians jettison their 33 years of calm with Israel, and encourage Hamas leaders to deepen theirs. Palestinian Islamists who have long spoken of a transformative hudna, or truce, might flesh one out.

The alternative — deepened polarization and a prolongation of the region’s cold war — carries far greater risks. With hopes of engagement dashed, Islamist groups might look for succor and support from forces inimical to the West, either Iran — as Hamas did, when the West closed the door following its 2006 electoral triumph — or more radical Jihadi groups. Unlike Israel’s Cast Lead assault on Gaza, another Israeli offensive could quickly spiral beyond Gaza’s narrow confines into a febrile region. Rather than allow animosities to fester and degenerate into another cycle of bloodletting, America’s Jewish leaders would do well to explore a way out.

Nicolas Pelham has worked as a journalist and analyst in the Middle East for 20 years. He currently reports for The Economist from Jerusalem.