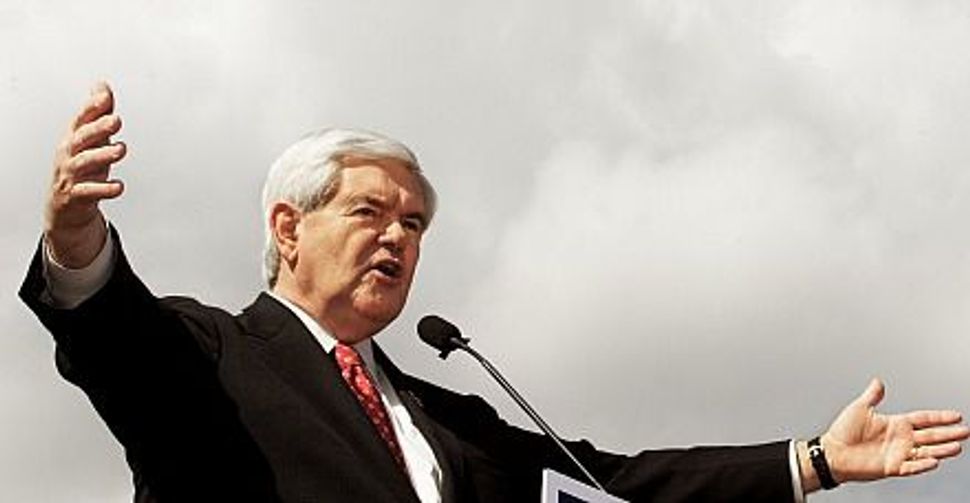 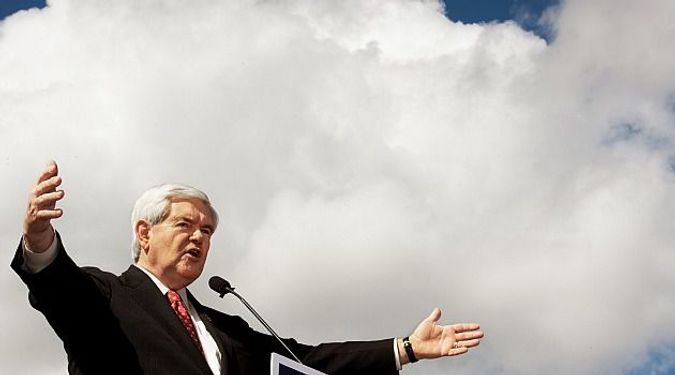 Sheldon?s Money Talks: Newt Gingrich has toed an ultra-right wing line on Israel. Could that be because Sheldon Adelson and his wife have donated $10 million to a pro-Gingrich Super PAC? Image by getty images

It is safe to say that without multi-billionaire Sheldon Adelson’s help the chances of Newt Gingrich becoming the Republican nominee for president would be zero — and consequently the race itself, going into Florida at the moment, would not be the competitive, drag-out fight it has become. Adelson, the hotel and casino magnate, has kept Gingrich alive, first through an infusion of $5 million into a super PAC, which allowed the former speaker to defend himself against attacks by Mitt Romney and led to Gingrich’s thumping victory in South Carolina. And now we know that Adelson’s wife, Miriam, has committed another $5 million to the cause of Newt.

One of Adelson’s passions — and a reason for his desire to play such a big role in American politics — is undoubtedly Israel. And his positions are unambiguously right-wing and hawkish to the extreme. When it comes to the Palestinians, there is no one to be trusted. The New Yorker quotes him as calling Salam Fayyad, the Palestinian prime minister widely respected in the West, as being one of the “terrorists” running the Palestinian Authoriy. Even AIPAC was not far enough to the right for him. After being a diehard supporter — funding a new building in Washington, D.C. — he split with the group in 2007 when it decided to support a congressional initiative, backed by the Israelis, to increase economic aid to the Palestinians. “I don’t continue to support organizations that help friends committing suicide just because they want to jump,” he said at the time by way of explanation. He had the same reaction when Ehud Olmert, whom Adelson had once befriended, came to the conclusion that he had to pursue negotiations with the Palestinian leadership.

What does it mean to have someone with these views have such an outsized influence on a candidate and the race he is in? Well, for Gingrich it seems this has translated into him tripping over himself to prove his pro-Israel bona fides, to the point where he was willing to say, this past December in an interview with the Jewish Channel, that the Palestinians were an “invented” people who “had the chance to go many places.’’ No Palestinians, no need to negotiate a state. And Adelson clearly showed his satisfaction with Gingrich’s line. As he told a group of Birthright participants at a Hanukkah party a few weeks later, “Read the history of those who call themselves Palestinians, and you will hear why Gingrich said recently that the Palestinians are an invented people.”

As Wayne Barrett recently reported in The Daily Beast, there has been a marked turn in Gingrich’s positions on Israel since his political life began depending on Adelson. Not that long ago, in a 2005 Middle East Quarterly article, Gingrich urged the “Palestinian diaspora” to invest in “their ancestral lands,” and even proposed that Congress “establish a program of economic aid for the Palestinians to match the aid the U.S. government provides Israel.”

You will not hear anything like this from Gingrich again any time soon.

But the greater concern is that because of his influence on Gingrich, Adelson has turned the Republican contest into a competition of extreme rhetoric, in which there is no room for compromise or diplomacy, and the only answer to any international problem is unmitigated toughness. No one wants to be outflanked by the right when it comes to foreign policy (no one, I should say, besides Ron Paul) and so Gingrich’s apparent parroting of Adelson’s hardline attitudes about Israel — and, I should add, Iran — means that the whole tone of the race is affected.

So in a recent debate in Florida, Gingrich advocated a covert war with Cuba to deal with the problem of Fidel Castro. Romney, at a number of the now mind-numbingly frequent candidate gatherings, answered that he would not be negotiating with the Taliban. When asked by Brian Williams, “Governor, how do you end the war in Afghanistan without talking to the Taliban?” Romney simply said, “By beating them.” Isn’t this what we’ve been trying to do without much success for a decade now?

And then there is Iran. The only tool in the toolbox for these candidates is belligerence. Rick Santorum might present the most extreme example, advocating preemptive action, telling David Gregory on Meet the Press recently that he would demand the Iranians open up their nuclear facilities, “or we will degrade those facilities through air strikes — and make it very public that we are doing that.” This is, of course, one of the implicit last options in the president’s repeated threat that “all options are on the table.” But for Santorum there seems to be no other method but the threat itself, no carrots, no sticks, nothing besides a bomb. Nor do Romney or Gingrich have any other ideas. They don’t talk of a preemptive strike, but they speak about war as an inevitability. Romney says that “if you elect Mitt Romney, Iran will not have a nuclear weapon,” and calls for regime change as well as “covert and overt” actions. Gingrich says he would “break the Iranian regime” within a year by “cutting off the gasoline supply to Iran and then, frankly, sabotaging the only refinery they have.”

Regardless of what you believe needs to be done to avoid a nuclear Iran — and something surely has to be done — this is just toughness for toughness sake, without much thought to its implications for the United States and the world or the realities of actual leadership.

Can one man’s predilections and attitudes — his worldview — have an effect on an entire election? If he’s willing to spend enough money, the answer is, apparently, yes.